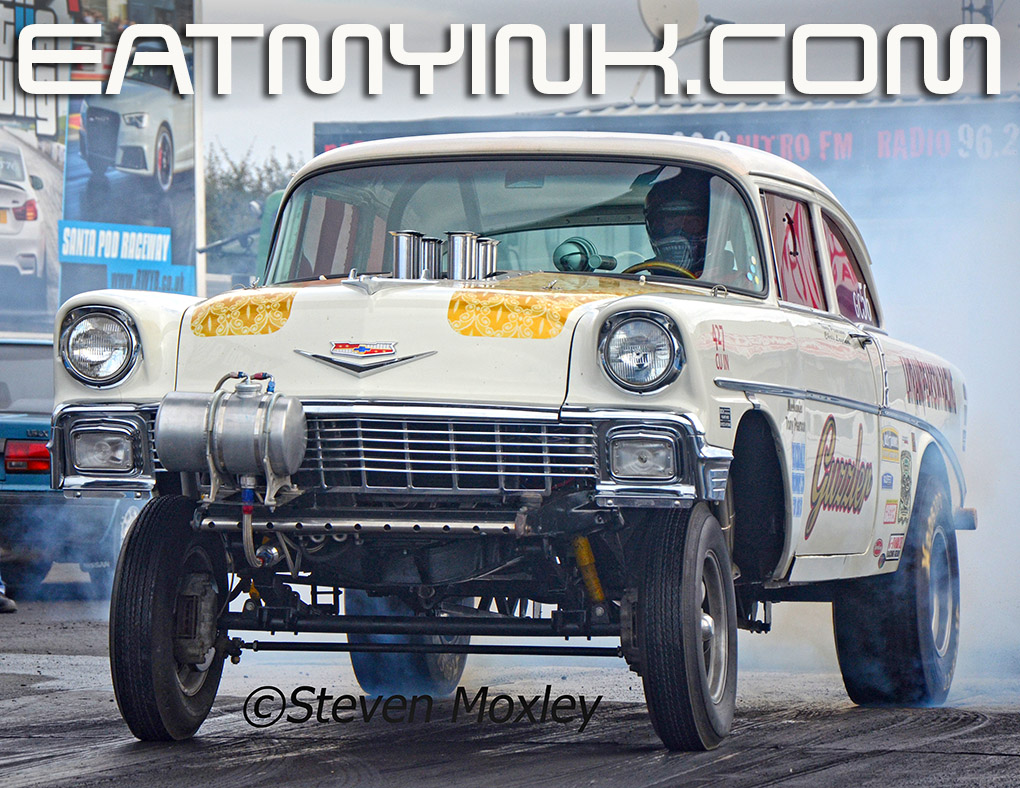 The NSRA Hot Rod Drags was the last race of the year for the following classes in their championships: Gasser Circus, Outlaw Anglia, and Super-Charged Outlaws.

It was also the 30th Anniversary of the Hot Rod Drags, which had been held at Shakespeare County until this year due to Shakey’s. There was big crowd on Saturday.

With Jed Guy not entered for the event, Colin Millar was crowned the 2018 Outlaw Anglia champion. So with the championship wrapped up, Millar could relax and ran 7.392 at 183.62 miles per hour to lead the field in qualifying.

Simon Barlow is still setting up his new engine combo and ran a best-to-date of 7.839-172.40, then missed eliminations due to a magneto problem.

Former Super Gas champion Phil Drewitt returned to the track and made his debut, qualifying in 11th spot. Other new faces were Kim Harrison, Adrian Whitcombe, and Rob Turrington.

Ronnie Mercer’s weekend seemed to come to an abrupt end during qualifying when his prop shaft twisted and fell to the track with pinion still attached. Col Law offered the use of his car for the eliminations, and Mercer beat Rob Stone in round one.

Coming into the event, five Gasser Circus drivers had a mathematical chance of winning the championship.

Martyn Hallam had to reach the semifinals and he would be the champion. He beat Ray Irish’s pick up, had a bye run to the semi-finals, and won his first Gasser Circus championship. Nick Barnett was the number one qualifier.

Lee Pike and Tony Pearson had transmission problems in round one.

Ray Turner won the event against Sean Milsom, who ran his best time of the weekend with a 10.106.

There was a good turn out of Super-Charged Outlaws for this event and a few personal bests were set.

Jim Usher had a magneto issue that stopped him running in the first two runs, but on his third pass Usher ran a p/b of 7.940-167.92. Ian Merryweather also ran a p/b of 8.111 in his stunning altered.