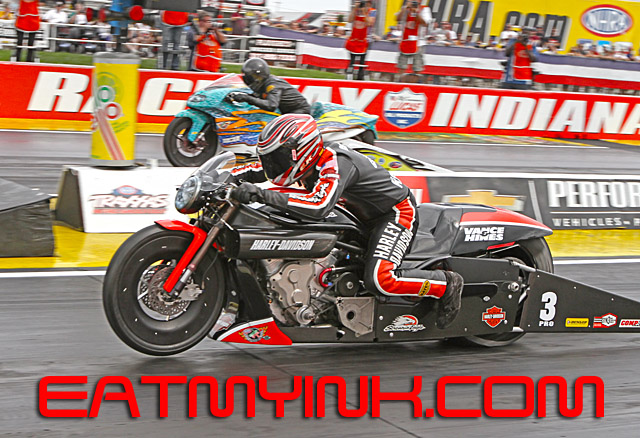 NHRA Chevrolet Performance U.S. Nationals, Aug. 29-Sept. 1, 2014 at Lucas Oil Raceway at Indianapolis, IN, USA story and photos by Tim Hailey with material from NHRA and team reports What’s a .117 difference on the tree look like? In runner-up Jerry Savoie’s defense, his Suzuki has a recurring problem… 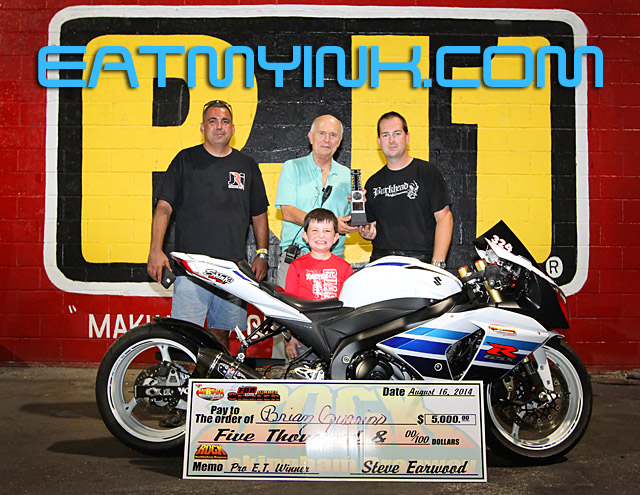 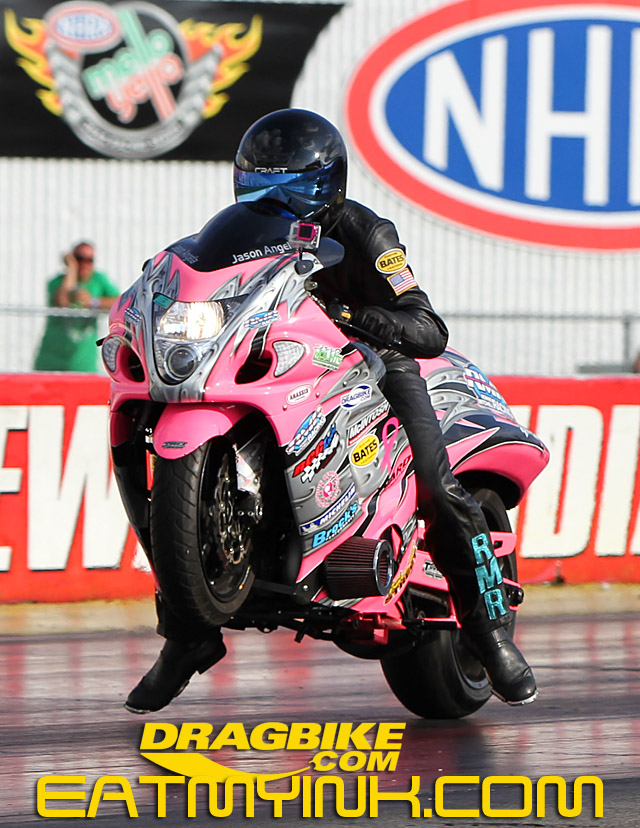 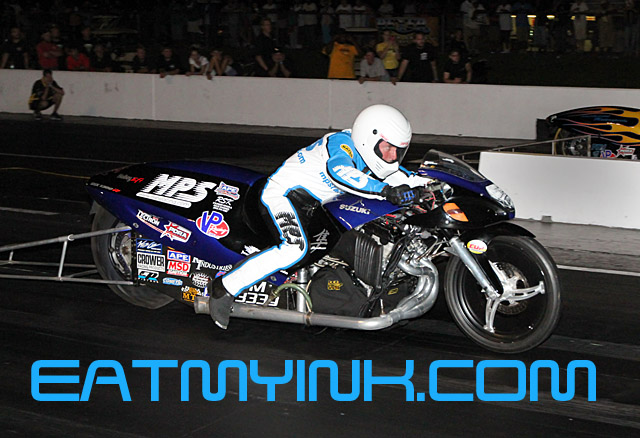 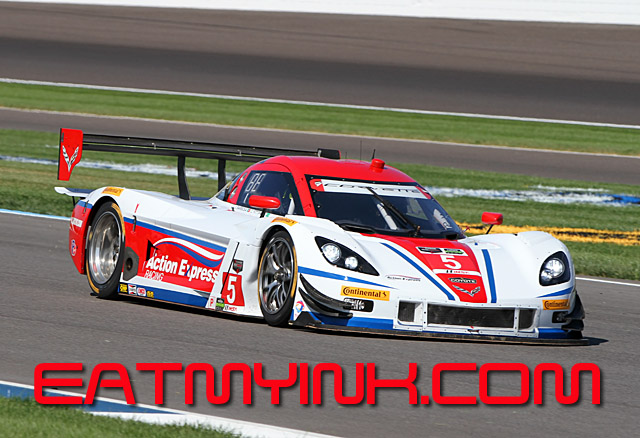 Ryan Dalziel on Thursday drove the Extreme Speed Motorsports No. 1 Patron HPD ARX-03b Prototype to the pole position for the TUDOR United SportsCar Championship’s Brickyard Grand Prix at the Indianapolis Motor Speedway. Dalziel, who won the pole with a best lap of 1:17.603, will share Brickyard Grand Prix driving duties on Friday with 2001 Indianapolis 500 polesitter Scott Sharp 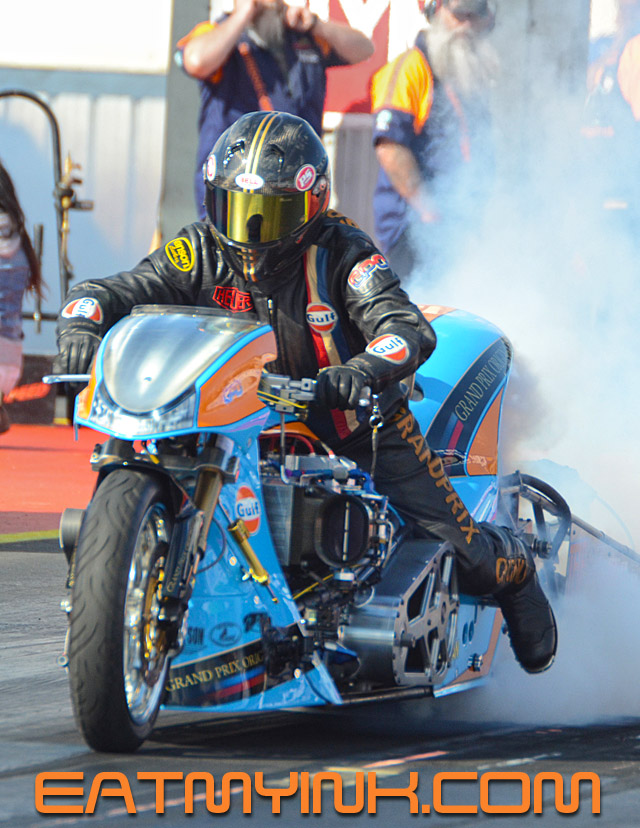 Ian King back at home on the Santa Pod tarmac

Seven-time European FIM Champion Ian King and bike arrived at Santa Pod fresh from his US win in Valdosta, where he became the eighth and last member of the MTC 5 Second Club. He started his defence of the FIM Top Fuel Bike title with an early click-off 6.060 at 193.05 mph to lead the field