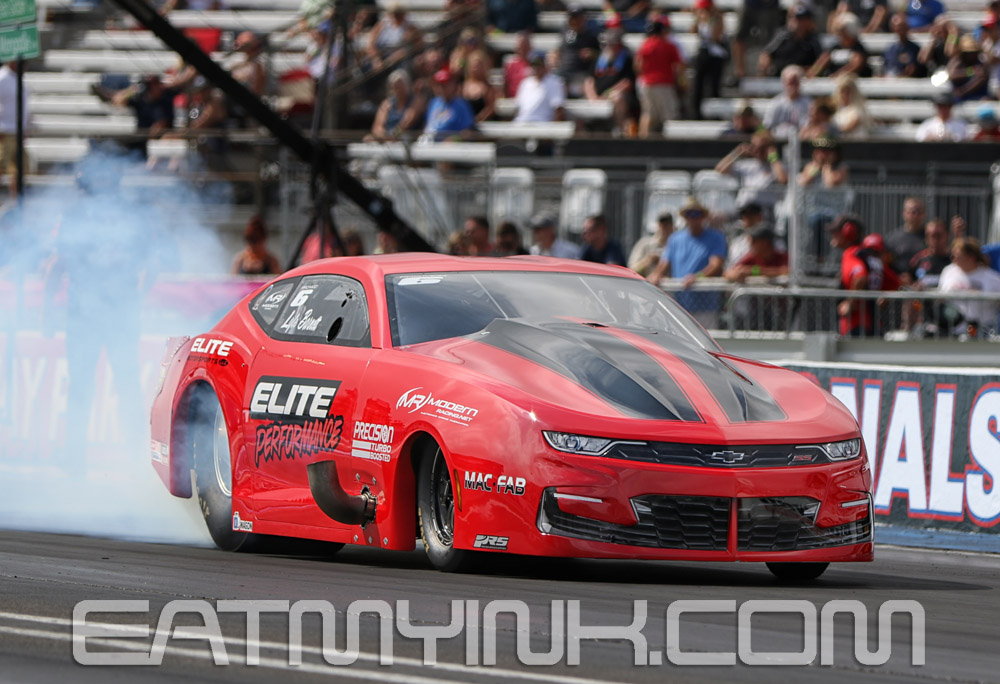 Starting eliminations from the No. 15 position, comeback racing hero Lyle Barnett pulled out the victory in the FuelTech NHRA Pro Mod Drag Racing Series presented by D-Wagon at Lucas Oil Raceway Park. Barnett picked up what might be the biggest win in his career on Monday as part of the huge 68th annual Dodge Power Brokers NHRA U.S. Nationals.

The event, which was powered by ProCharger, was the seventh of 10 races during the 2022 season in the FuelTech NHRA Pro Mod Drag Racing Series presented by D-Wagon. Barnett played the underdog role perfectly, getting the win in the final round in the turbocharged Elite Performance Camaro when points leader Kris Thorne left the starting line too soon.

To reach the final round for the second time this season, Barnett knocked off Mike Castellana on a holeshot, J.R. Gray and Eric Dillard, posting a run of 5.785-seconds at 253.71 mph in his victory against Castellana. Barnett posted an excellent .011 reaction time against Thorne in the final round en route to the emotional win.

“I’ve got to give kudos to the team that stands behind me on the starting line. They give me a hot rod that can go up and down the racetrack,” Barnett said. “We got lucky a couple of rounds, but you can’t win one of these races without a lucky round. These fans that came out today, we thank you very much and we just won the U.S. Nationals!”

Thorne advanced to his fourth final of the season thanks to wins against Doug Winters, Adriano Kayayan and Stevie “Fast” Jackson. Thorne extended his lead in the standings as well and now holds a 69-point lead over Rickie Smith with three races left in the season.