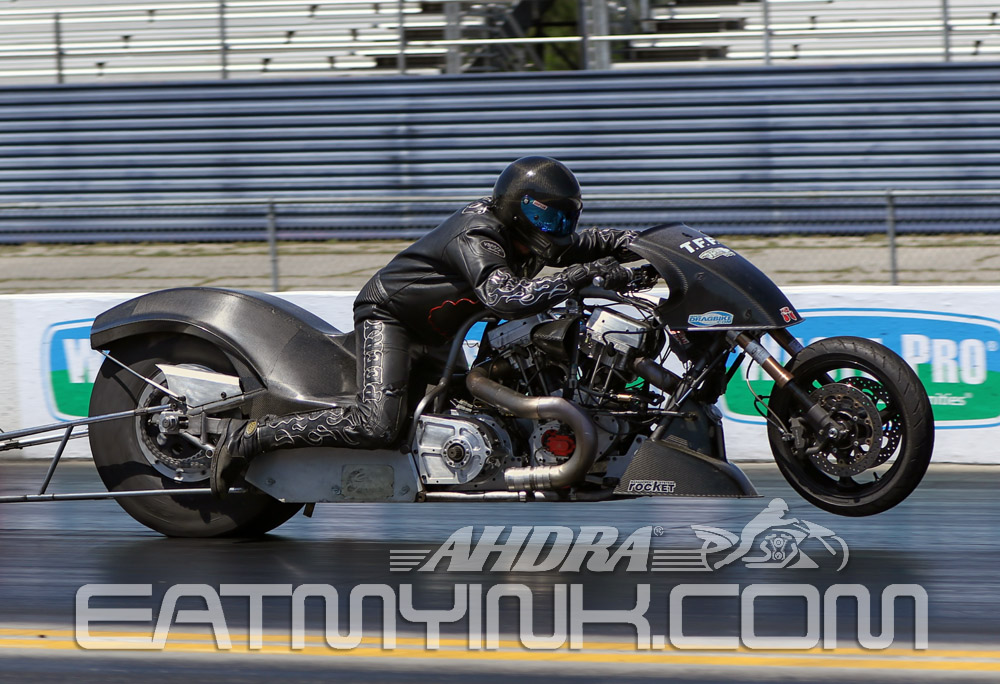 The Southern Michigan Bike Fest will see Top Fuel Harleys, Nitro Funnybikes, Pro Fuel, all the gas classes, and even the return of Jr. Dragbikes! Everything a motorcycle lover would want to see, hear and smell will be thundering down Milan’s quarter mile. Feeling racy? You too can thunder your own American-made motorcycle at Milan during the Bike Fest!

It’s been a minute since AHDRA’s weeper-shortened, season-opening Don “DJ” Johnson Nitro Spring Nationals sponsored by MTC and Gainesville Harley-Davidson, and Top Fuel Champion Ryan Peery (featured photo above) will be anxious to notch a win and defend his title.

Hawaya Racing Nitro Funnybike champion Michael Balch loves making winning laps on his mean machine. Chris Smith loves doing the same on Peery’s always stout “Big Nasty.” But Smith fractured his thumb in Bowling Green and won’t be racing at Milan. Balch will still have Sam White and Rocky Jackson to deal with, amongst others.

White and Jackson also have Hawaya Racing Pro Fuel carbureted nitro mounts to ride, along with Jim Martin, Jason Leeper and a growing horde of others.

Leeper also is the defending 11.50 index champ. He and his son Jordan race multiple gasoline classes, which form the backbone of AHDRA.

Bring your own Harley or Indian, along with proper safety gear, and test your skills on the Milan 1320.

Recently reborn itself, AHDRA can’t wait to put on a show at the “New” Milan Dragway. Bill Rowe and his family welcome the whole AHDRA community of racers and fans to the Southern Michigan Bike Fest.

Link to all class rules, including Jr. Dragbike

Qualifying begins at 1:00pm on Saturday, gates open at 8:00am

Raceday opening ceremonies at 11:00 am Sunday, gates open at 8:00am