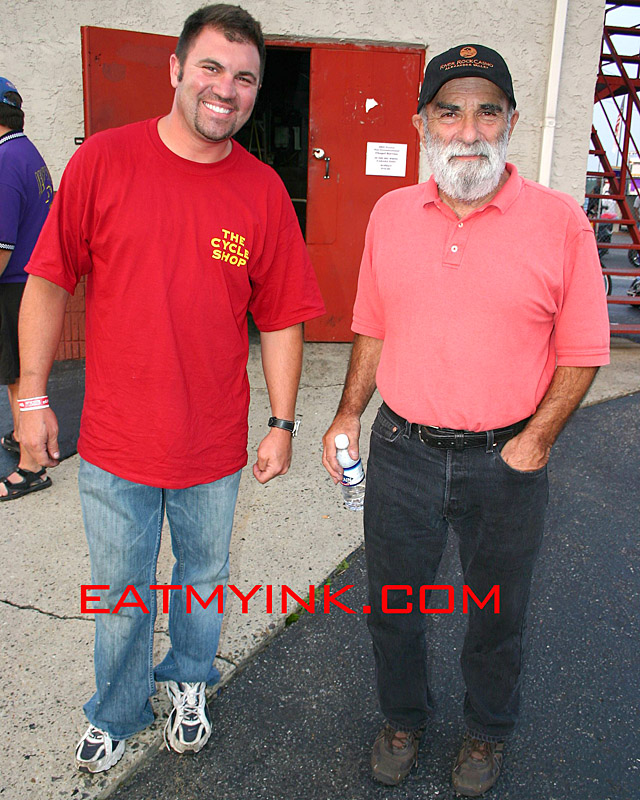 When it came to conversation, Sandy Kosman (with Joe Marasco at Atco in the photo above) qualified as “The Most Interesting Man in the World.” It wasn’t just his gray beard that brought to mind the Dos Equis advertising icon.

When I lived in Brooklyn, running a SoHo art gallery and making my own art, Sandy and I would talk on the phone. He loved to to talk about Brooklyn, his daughter that lived there, art, and of course racing.

Sandy had critical thoughts about anything and everything. One time I was helping out my artist friend Mika Rottenberg in the lettuce fields near Yuma, Arizona, while she created one of her blockbuster video installations. I was fascinated by the maze of water troughs that take Colorado River water and turn desert land into vegetable farms. I mentioned them to Sandy while talking on the phone alongside one of the troughs. “My dad helped engineer that project,” Sandy told me. “I used to be real proud of the work he did there, until I found out that the whole thing was built just to make a few people a whole lot of money.”

That was exactly the kind of insight I learned to expect from any conversation about anything with Sandy.

I first learned what the Kosman name stood for in motorcycle drag racing before I even got involved with the sport the way that you know me now. Living in New Orleans at the time, I went with my friend Matt Vis as he looked to buy a small slick, wheelie bar, Kawasaki dragbike. The seller proudly pointed out the bike’s Kosman parts.

Later, deep into the career you know me by, I was able to report on development of the bike that revolutionized NHRA Pro Stock Motorcycle—the G2 Buell built by Sandy, George Bryce, and George Smith of S&S.

It’s been with mixed feelings that I’ve watched as Sandy’s daughter Nadia documented on social media his struggles with dementia from first signs to a precipitous plunge. Her revealing details of the decline of a great and brilliant man—still inhabiting a strong machinist’s body—were painful to watch. But at the same time, her posts raise awareness about an awful illness and how families cope with the situation.

Dementia had crept into my mom’s decline late in the game, not early like Sandy’s. But much of what I saw in Nadia’s reporting mirrored what we had experienced with my mom.

Sandy died on May 21, my mom Yvonne Chapman Hailey’s birthday.

My post here is a mere remembrance and appreciation. For real history about Sandy’s contributions to motorcycle drag racing, read Tom McCarthy’s excellent story on dragbike.com. 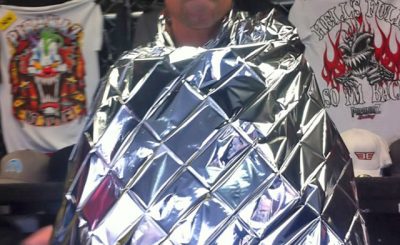 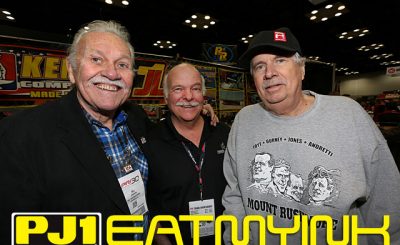