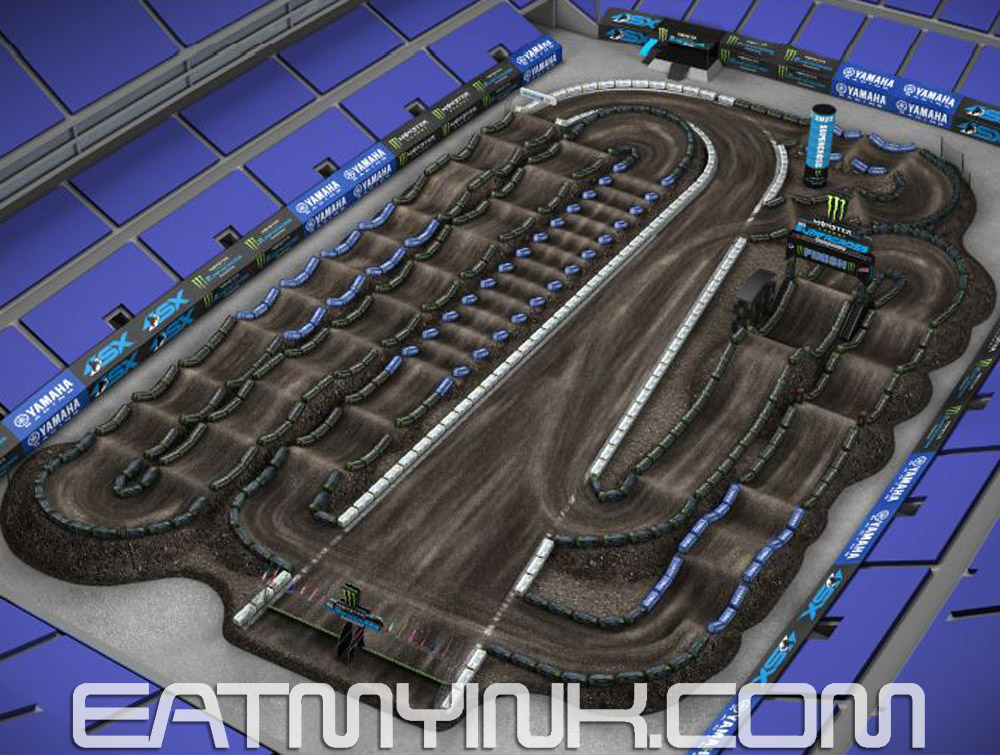 The 2022 Monster Energy Supercross season continues tonight with Round 12 from Lumen Field in Seattle, Wash., live at 10 p.m. ET on USA Network.

Eli Tomac looks to extend his win streak to five races in the 450SX Class where he currently leads the points standings. Tomac would move into a tie for fourth on the all-time wins list with Chad Reed (44 career wins) with a victory. In the Eastern Regional 250SX Class series, Jett Lawrence earned his third consecutive and fourth overall win of the season in Indianapolis last weekend. Returning to action this weekend is the Western Regional 250SX Class featuring Jett’s brother Hunter Lawrence and Michael Mosiman. 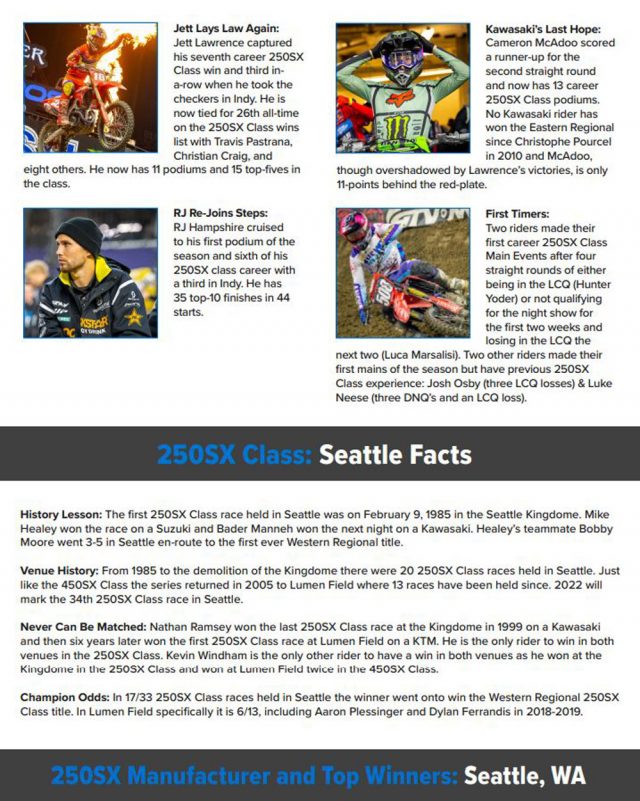 Monster Energy Pro Circuit Kawasaki’s Jo Shimoda will line up this weekend in Seattle for the return of the Western Regional 250SX Championship at Lumen Field. Shimoda enjoyed a very successful break, returning to full health, and is ready to get in a solid race before the west is met with another couple of weekends off.

As is usual for the Pacific Northwest, rain is on the horizon for the race on Saturday. With conditions being a factor, Shimoda will try to take advantage of a wet track and use it in his favor. Only four races remain for the Western Regional 250SX riders and Shimoda plans on using each gate drop to move up the point’s standings.

“Jo is fit, healthy, and eager to get to racing again. We’ve made some good progress with the bike in the last few weeks on the East coast. Jo will have those updated parts for Seattle. We know Jo is capable of winning and that’s what we’ll be expecting out of him. Hopefully the rain stays away and we have a good racing surface.” – Iain Southwell, Team Manager.