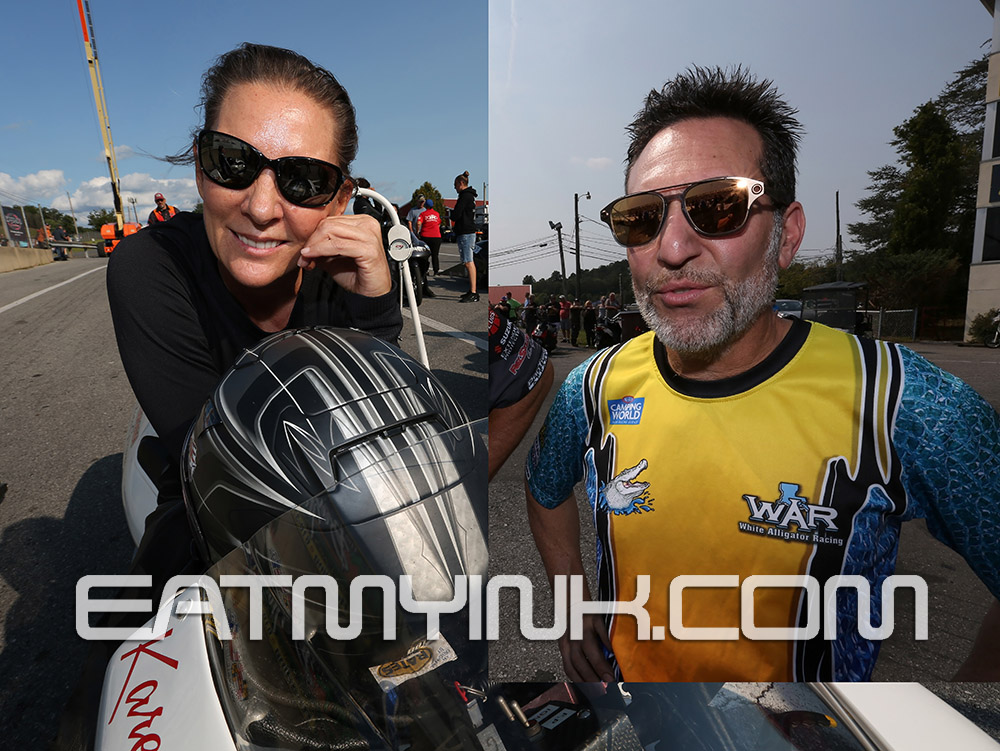 Last week, White Alligator Racing Pro Stock Motorcycle tuner Tim Kulungian and I were discussing various scenarios of blocking for championship contenders at this weekend’s NHRA Finals at Pomona. When the subject of his bike and rider Karen Stoffer came up, I asked Tim if he would A) try to help fellow V&H 4V Suzuki racer Angelle Sampey, or B) his former boss and brief WAR teammate Steve Johnson.

“Us, block?” said Kulungian. “We don’t help anybody out, even within our own team. We go out and do the best we can on every lap.”

And the best they can has been damn good lately, taking Stoffer to two straight finals where she lost on a holeshot with a decent .024 light in Bristol and her bike crept through the beams in Vegas.

So it shouldn’t have come as any surprise that Stoffer popped off number one qualifier in the final round here in Pomona, and yet butts are afire.

With only twelve bikes in Pomona, the number one qualifier gets a bye to the final if they make it to the semis. Stoffer will start off facing the last place qualifier (Kelly Clontz) in round one, and that winner will face the winner between 6th (Scotty Pollacheck) and 7th (Andrew Hines) in round two. Names and bikes aside, facing those qualifying positions for the bye to the final is a dream scenario for any championship contender.

But after WAR’s slow start to the season, Stoffer isn’t a championship contender. And when she knocked points leader Matt Smith off the top qualifying spot in the final session, she put him on the side of the ladder with fellow contenders Johnson, Sampey, and Eddie Krawiec.

There’s gonna be a lotta black eyes on the bottom side of that ladder, and Stoffer, Kulungian and WAR plan on punching all the way to the Wally and let the championship chips fall where they may.

“The job is to turn on the winlight and we want to do that four times tomorrow,” Stoffer said. “We’ve got the bike to do it and that was a good pass. We nearly squeaked out that 200 (mph) run, but we’re really excited. My job is to go ride the best I can and try to turn that win light on.” 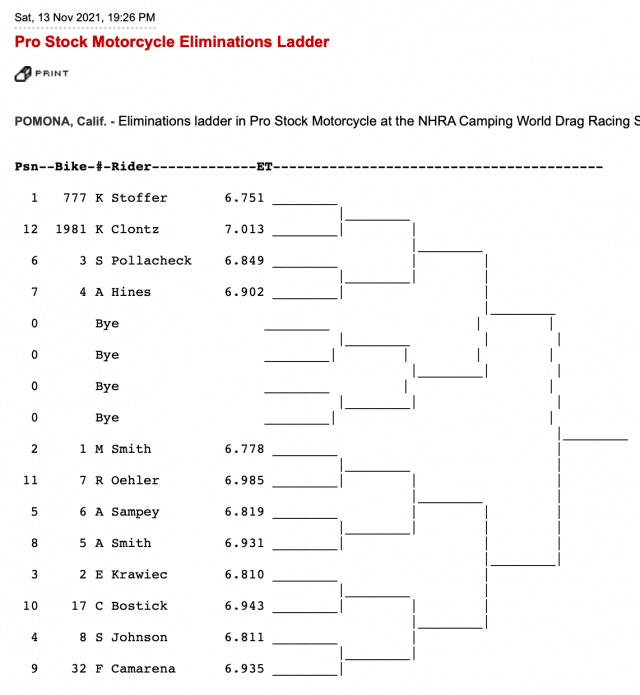 story and photos by Tim Hailey, ladder courtesy of DragRaceCentral