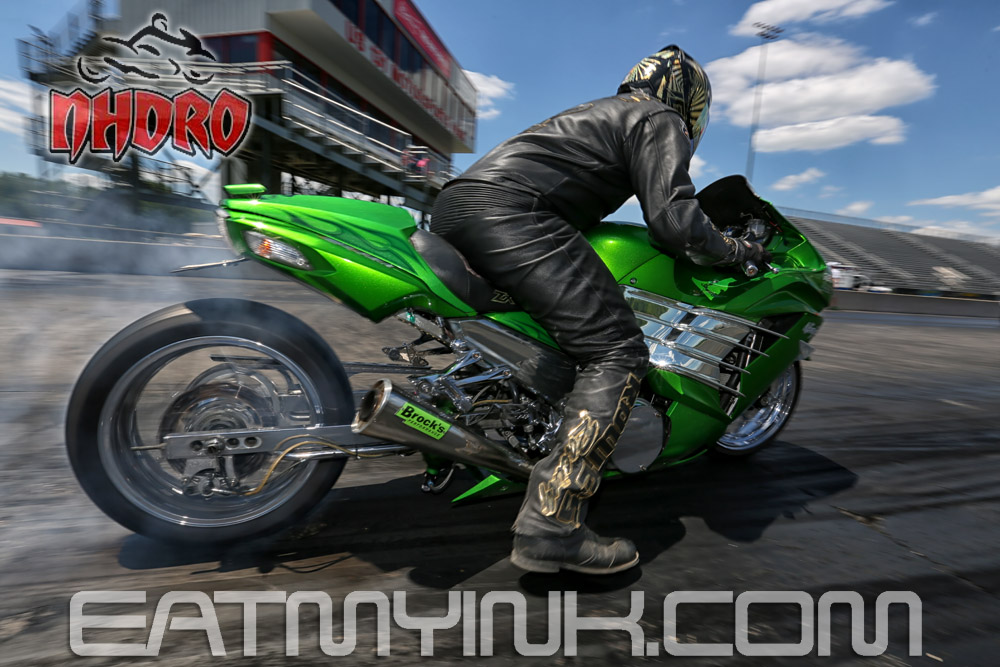 The park-like beauty of U.S.131 Motorsports Park in Martin, Michigan, will once again be shaken by the sounds of NHDRO, the Midwest’s largest motorcycle drag racing series. The men and women of the NHDRO racing family will trailer in and take to the track on August 27-29 for the Mid-Season Nationals presented by Green Bay Anodizing.

NHDRO’s Shootout Friday twists the throttle on the weekend with a whole lotta action, and something for every racer and fan to get involved in.

Sportsman and Pro classes will all get in round one of qualifying on Friday night, and VooDoo Grudge will rock U.S.131 till midnight.

If you have a motorcycle and safety gear, there is place for you to race with NHDRO. Not quite ready for competition? Come see what the NHDRO family is all about.

Sunday is raceday, with eliminations for the 700 horsepower turbocharged and nitrous Suzuki Hayabusas (mostly) of Pro Street, the big tire 4.60 behemoths, all the Sportsman index classes, and another round of qualifying and eliminations for both bracket classes, and the coming generation of racers in Jr. Dragster.

The weekend officially begins when the gates at open at 8:00 AM on Friday for three-4 hour test sessions ($50 entry each), and then the action gets serious.

So drive north for some cooler racing weather! Chicago, Detroit, Milwaukee—get out of the city for the weekend! Brian and Niki Welch welcome the NHDRO family and all of Michigan’s motorcycling and motorsports enthusiasts to beautiful U.S.131 Motorsports Park.