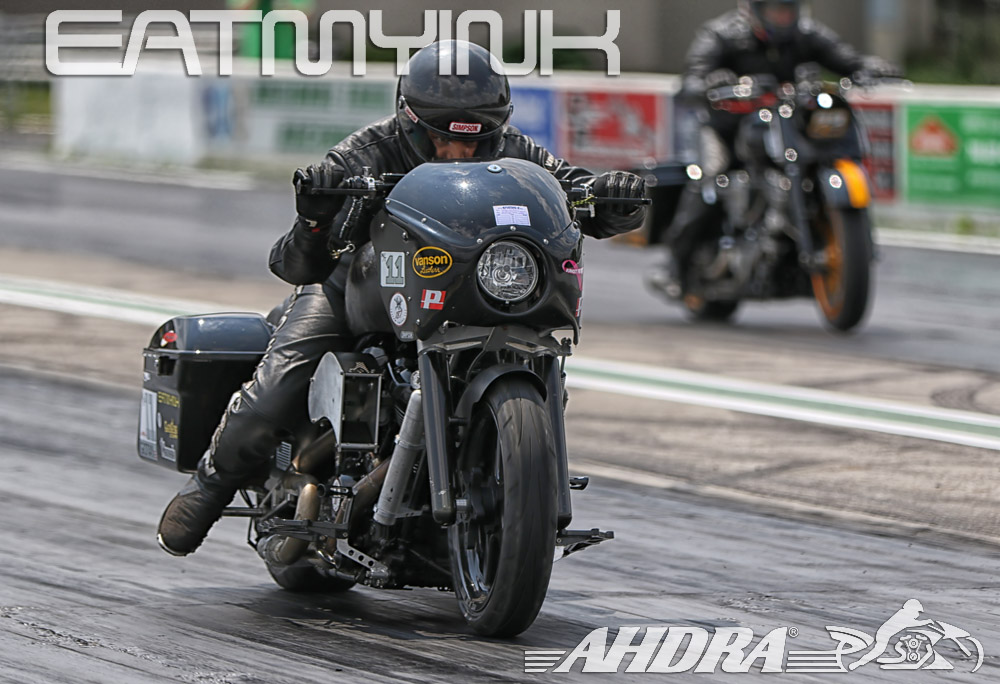 Gridley, California-based V-Twin speed merchants 187 Custom Cycles made another long haul East, and hauled in some hardware for the return trip.

The AHDRA event was rain-shortened to one day, and with mechanical issues on their Atlanta-winning Law Tigers Pro Bagger bike, the team focused on their Eliminator bikes.

“The bike Victor races in ET is a 137 cubic inch, twin-cam, built in-house for ‘Predator,’ a good customer of ours,” said 187 owner (and Crystal’s husband) Patrick Lynch. “We are trying to get him to come East and experience some real Bagger racing.”

Patrick pointed out that Victor’s times on the ET bike would have been very competitive in Pro Bagger at the National Trail event.

Next stop for the 187 Custom Cycles team was 710 Dragway in Rowland, North Carolina, for the AHDRA regional All-Harley World Shootout—and two more wins. “Victor won Pro Bagger on our pro bike and won Bagger ET on Predator’s bike,” reported Patrick. “Crystal made it to the semis of Bagger ET.”

The Pro Bagger that Victor rides is a stock Harley-Davidson FLH frame with a 143 cubic inch Milwaukee 8. The package weighs in at around 540 pounds. “We focus strictly on racing and performance bikes,” said Patrick. “We build everything in house: engines, custom trees, swingarms—you name it, we build it if it’s for a race bike we are prepping.

“It was a great trip and I would like to thank the following for helping to make it all possible: Andy Simon, Danny Massey, and Shawn Smith for all the help at the track. I couldn’t keep three bikes competitive without all their help. And Bill Rowe, Paul Watson, and Brannon White for putting on such professional events.

“Crystal would especially like to thank all the fans at 710 for all of the support. They were great.

“Our associate sponsor is Jeff Peters from Peters Performance, and he is a huge part of us being able to chase the AHDRA Pro Bagger title. I also want to say a special thanks to Frank Delzingaro III, and Ozzy Moya and the Orlando Speedworld crew for their hospitality when we are in Florida. They enable us to call their track our Florida Headquarters.

“We actually left Florida this past Sunday and are headed to James Surber’s event in Eureka, California. Then our next stop will be AHDRA in Sturgis. So from Daytona Beach to Eureka—I have to be crazy!”

Find out more about 187 Custom Cycles

For additional information about the team and sponsorship opportunities, contact Patrick Lynch at pat@187customcycles.com 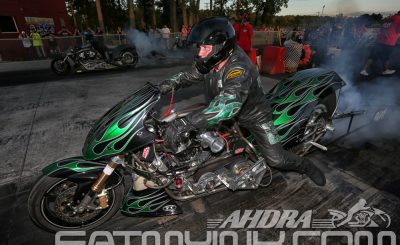 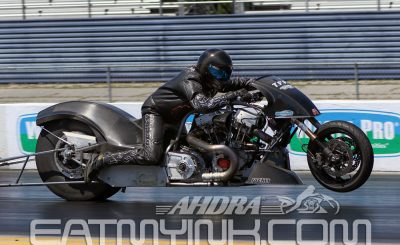 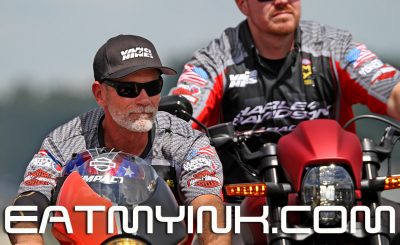