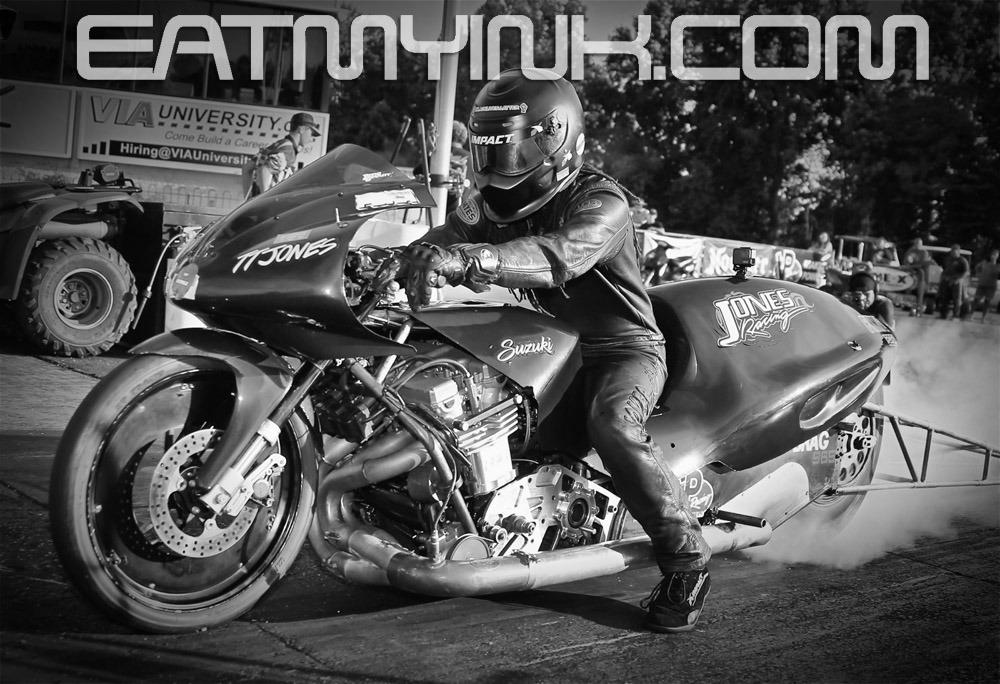 “It’s been so long since I’ve had a win at the PDRA,” Chris said. “Seeing that Father’s Day was a week ago, this one means a lot. Happy heavenly Father’s Day again to my dad.

Garner-Jones started the weekend with his first No. 1 qualifying effort of the season, a 3.999-second blast—the only 3 in qualifying.

“It felt good because we came into the weekend kind of struggling a little bit,” Garner-Jones said after qualifying. “We ended the day on a good note, though. We came to win. Hopefully we can keep it up. With my brother William calling the shots, I’m confident we can go after that win.”

Three other riders came within thousandths of a second of joining Garner-Jones in the 3-second zone. Brad McCoy posted a 4.002 at 175.50 to qualify second, followed by defending world champion Travis Davis with his 4.006 at 173.85. Motorcycle drag racing veteran Paul Gast ended up just outside the top 3 with his 4.008 at 175.57.

“Big thank you to my little brother William,” said Chris. “He tuned his ass off this weekend. Paul Gast helped us out a little bit and got our clutch set up. After that, we’ve been running fantastic.”