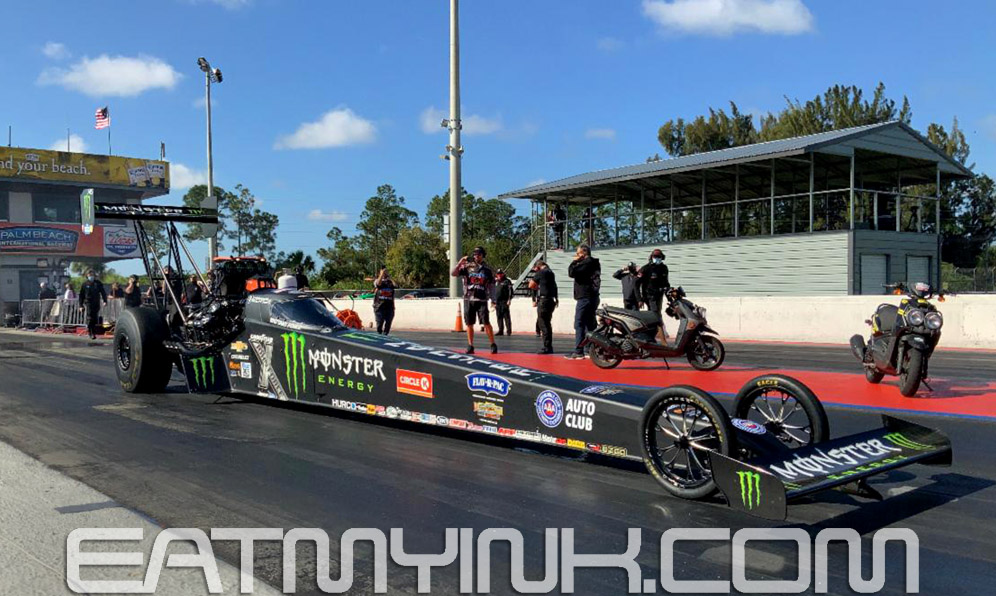 John Force Racing raised a lot of eyebrows when they sat out NHRA’s return to 2020 racing after the COVID shutdown. Eyebrows have been raised again, but this time for entirely positive—and perhaps surprising—reasons. The team wrapped three days of testing at the PRO Winter Warm-Up at Palm Beach International Raceway with top marks across the board.

A lack of competition, you think? Maybe other top teams were testing at other tracks? Hardly! Capco, DSR, Kalitta, Scrappers, Cruz Pedregon, Bob Tasca, Justin Ashley, Alexis DeJoria, and more were on hand.

Brittany Force, who swapped between her Monster Energy and Flav-R-Pac paint schemes, led the Top Fuel dragsters while her father John led the Funny Car field in his Peak BlueDEF PLATINUM Chevy Camaro. Robert Hight just behind the old man in the Automobile Club of Southern California Chevy Camaro.

After losing half a day to inclement weather on Saturday afternoon, Brittany Force and her David Grubnic and Mac Savage-led team were the first nitro car on the track on Sunday. On her only full pass of the test session, Force handled her dragster to an impressive 3.679-second pass at 331.04 mph, landing her at the top of both the speed and low elapsed time list.

“It’s been a year since we’ve been out here and it feels awesome to be back in the car, back with my Monster Energy / Flav-R-Pac team, back with the fans and all of John Force Racing as a whole. Our team rolled right back into things in our first pass,” said Brittany. “We made nine passes in total and I feel like we’re pretty close to where we left off over a year ago. Grubnic is happy, Savage is happy, I feel good in the car and the whole team is pumped to go to Gainesville. I’m ready to get there and we’ll be coming out swinging right out of the gate looking for our first win at the first race of the season.”

John Force and the Peak BlueDEF PLATINUM Chevy Camaro led the Funny Car pack with a 3.860 second pass at 329.02 mph on Sunday. The 151-time national event winner had previously ran 3.869 on Saturday.

“Testing has been good. Our teams, the new guys, the crew chiefs, all the drivers, things went well. You know we were gone a year but it sure don’t look like it,” said John. “It feels good to be back in my car, back in the seat. BlueDEF PLATINUM looks good on the side and it’s comfortable, it’s home. We had a couple good runs and we were low ET, so was Brittany with Monster Energy and Flav-R-Pac and Robert ran well with Auto Club. We’ll be ready for next weekend, ready to get the NHRA Camping World Series season started.”

Robert Hight took advantage of three test runs before laying down a 3.866-second pass at 332.18 mph on Saturday that was only narrowly bettered by Force. The Auto Club team took the top speed of the test on the following pass at 333.33 mph.

“Testing went really good. It’s good to be back in my Auto Club Chevy, to be back with my team. The car is responding well and things are lining up,” said Hight. “It was a long time off. I’m happy we didn’t forget how to do this. We’ll be ready to go after it next weekend at the Gatornationals.”

photos coutesy of JFR, story by JFR and Tim Hailey 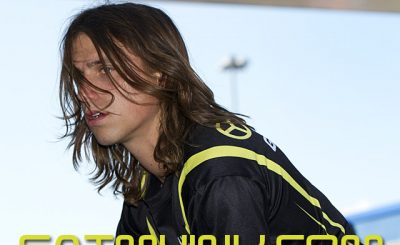 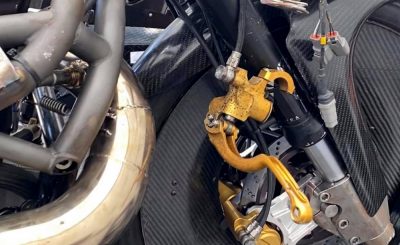 Nice Pass Ends in Crash: MORE on the Bostick Story