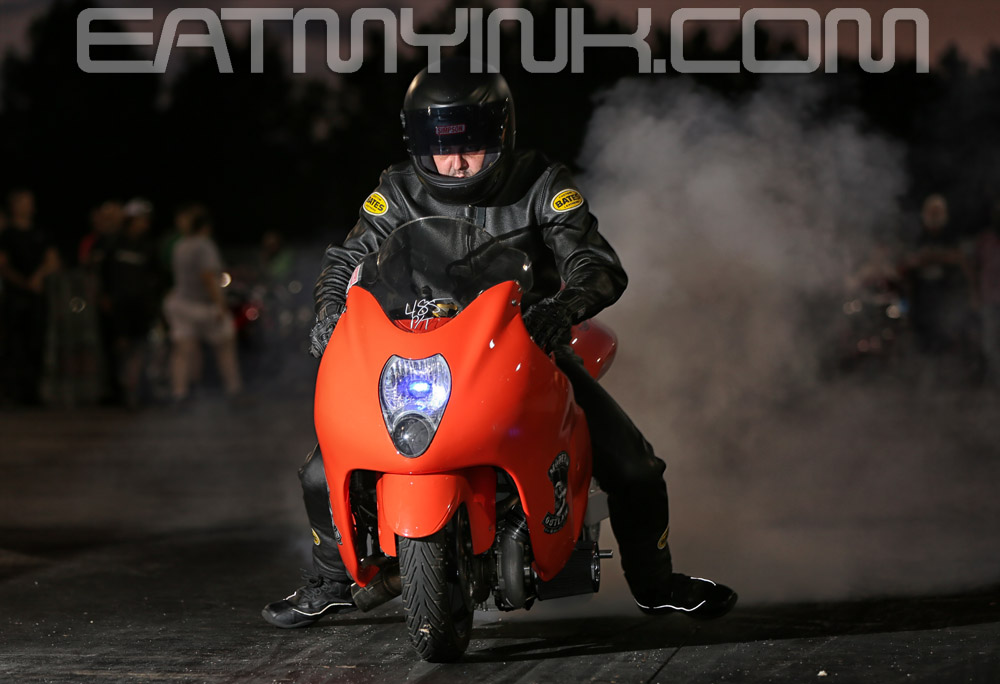 “I saw that anything can happen in 2020,” said GT Tonglet, your 2020 Man Cup APE/Trac King Clutches Pro Street champion. Hey, you gotta be in it to win it, right?

GT—the man who put the V&H/Screamin’ Eagle/H-D program on track to begin with—won the FuelTech Man Cup Finals and with the win, the championship. He was on the same turbo Suzuki Hayabusa that was primered at the this event last year.

“We hurt the engine twice and Rudy Sanzottera welded it back together each time. We ended up running him first round but he fixed it anyway.

Rudy struggled with transmission issues, and broke out of the burnout box in his pairing with GT. “The input dogs on the trans are sheered off,” reported Sanzottera.

“Pro Street has always been on my mind, but it was always a dream until recently,” said Tonglet.

“I wouldn’t be in this class without the help of Ben Kriegsfield of AGP turbo and Darrell Ricks of Cycle Dynamics. A lot of people have helped me along the way: Jay Steadman, Walter Sprout, Cecil Towner, Jim Baldwin, Dave Conforti, and of course my dad (Gary) and brother (L.E.).

“Running that 6.96 at 204 was a huge accomplishment for me and I look forward to next year. That was just the second event that I have entered with the turbo combo and I think we are on the right track now.”

It was Ryan “RJ Blake” Bonititas’ turn on a primered ‘Busa this year, and with the help of John Gover, Bonititas runner-upped to Tonglet when he lifted the head in round 1.

“We messed around last year at a VMP XDA race in testing, then he ran last fall in Maryland and SGMP. Made some changes over the winter to make it a little more Pro Street and ran the XDA and SGMP races this year. He has been 6.88 on it.

“I just want to go fast while improving my personal best in a heads-up class,” said former Top Sportsman racer Bonititas, who added that 95% of the build was done in-house.

Number 1 qualifier (6.771 at a mild 198.64 mph) Frankie Stotz struggled with teething pains on a new transmission, then totally smoked the tire on his Honda in E1. “The clutch switch took a shit and was turning the two-step on and off,” said Frankie. “Left the line with a lot more boost than intended.”

So say what you might about Man Cup and their Pro Street turnout, but Tonglet will go down in history as the 2020 PST champ. Few are more well-liked and respected than GT and his family, so let’s all enjoy the moment.