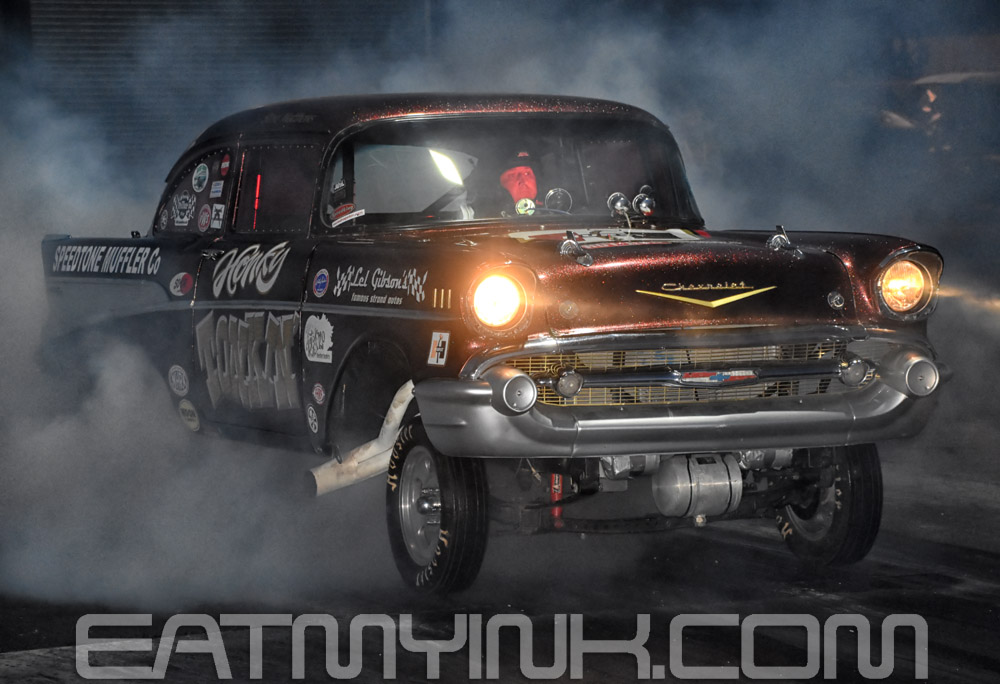 Santa Pod’s final Nostalgia event of the year was blessed with three days of California weather with a tailwind. There was an excellent turnout for the Hot Rod Drags, with many drivers recording personal bests in both ET and speed—much to the appreciation of the spectators in attendance.

Robin Read got the show off to a cracking start, recording his first 200 mph speed in his new rear engine dragster. Read ran 6.787 at 200.57 in his blown Damlier-powered rail to become the first British engine to run 200 mph plus. Unfortunately, the blower got damaged and ended Read’s weekend.

Joe Bond ran a stunning 6.293 at 226.67 to become the quickest alky burning slingshot outside the US.

With the good weather conditions people thought they could see the first six second pass and maybe 200 mph in Outlaw Anglia. Colin Millar was the number one qualifier with a 7.164-192.23.

In the semis, Middleton had a bye run. In the other semi finals Taylor beat Mercer, who ran his first 8 sec pass over the w/end.

As Middleton drove up to the staging lanes for the final, his motor made a noise (rumours maybe a rocker issue) so that left Taylor a bye run for the win.

The Wild Bunch teams put on a fantastic show for the crowd, with 19 of the 25 teams running personal bests.

There were two new cars. First one not a new car but owner—Andy Stones is now the owner of the “Frantic” altered, which was garaged for 34 years. Stones rebuilt the V12 Jaguar powered car and ran a best of 10.807-120.76.

The other new car was the stunning “Malibu Express 3” slingshot of Jeff Morris. Roy Wilding built and constructed the chassis. Morris had some engine issues and managed to do a check out pass on the last session on Sunday.

Former NSRA chairman Jason Hollamby beat Ray Irish and had a bye to his first final.

The other side of the ladder Nick Barnett beat Barton and Milsom to reach the final. Hollamby had a better RT off the start line and held on for his first Gasser Circus win.