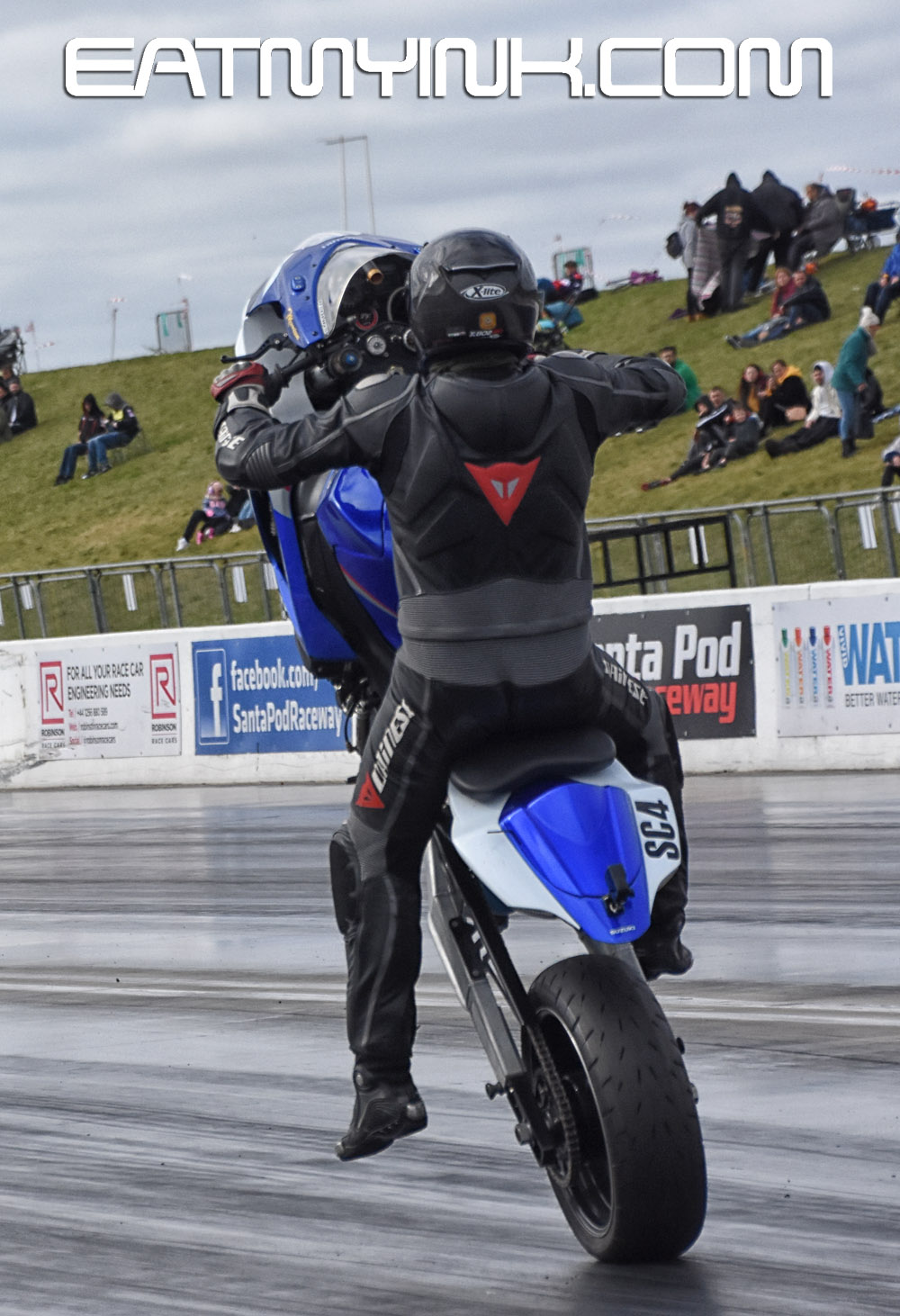 With COVID on the increase when the STP UK National Finals took place at Santa Pod, the entry list was down.

With points leader Mark Smith not entered, that left the Funnybike COVID Cup to be decided between Louis Davies and Phil Crossley. In the final, Davies led from start to finish to claim the Cup with a 7.368 at 171.70 mph to Crossley’s 7.439 at 176.46.

Neary put a holeshot on Clark and looked to be winning his first Comp Bike final, but his chain broke at mid-track and Clark went on to take the winlight—his first win in seven years—then only just managed to stop the bike before he went into the field.

After running 7.1 at 202 mph, Mark Dainty came into the event hoping to go even better. He ran 7.224-179. But on Sunday morning, when warming the motor in the pits, his motor broke and he was out of the show.

Ross Morrison was the number one 8.50 qualifier with an 8.528, but only just. During qualifying he won the high altitude award of the w/end with the bike almost vertical and landed safely and bike was ok for the eliminations.

Ian Chrichlow was next with an 8.550. Joe Elliott recorded the quickest time for a BMW 100RR at 8.562 with standard engine and gearbox.

Ross Morrison won on a holeshot with an 8.658 against Elliott’s 8.594 in the semi-final. The other semi saw Alan Morrison beat Andy Haley, who broke out with an 8.457.

Ross Morrison was crowned the Cup winner, but it was Alan Morrison who won the event.

During qualifying, the final of the Green Light Nationals took place and Phil Pratt won when Paul Adams’ lanyard broke at mid-track. Adams was the number one qualifier for this event with a superb 8.860.

Adams faced Not The European Finals winner Harrison Brown to decide the winner of the COVID Cup in round one. Adams took the win in a close race and reached the final, where he met Super Twins Top Gas Champion Michael Gooding. Gooding ran a  p/b 9.20 in testing. Adams won the event with an 8.885 to Gooding’s p/b 9.168.

Top Fuel rider Steve Woollatt did a couple of runs over the weekend, but with the stiff crosswind moving the bike out of the groove at mid-track, he didn’t do a full pass. But he ran a personal best to the 1/8th mile of 4.01 seconds.