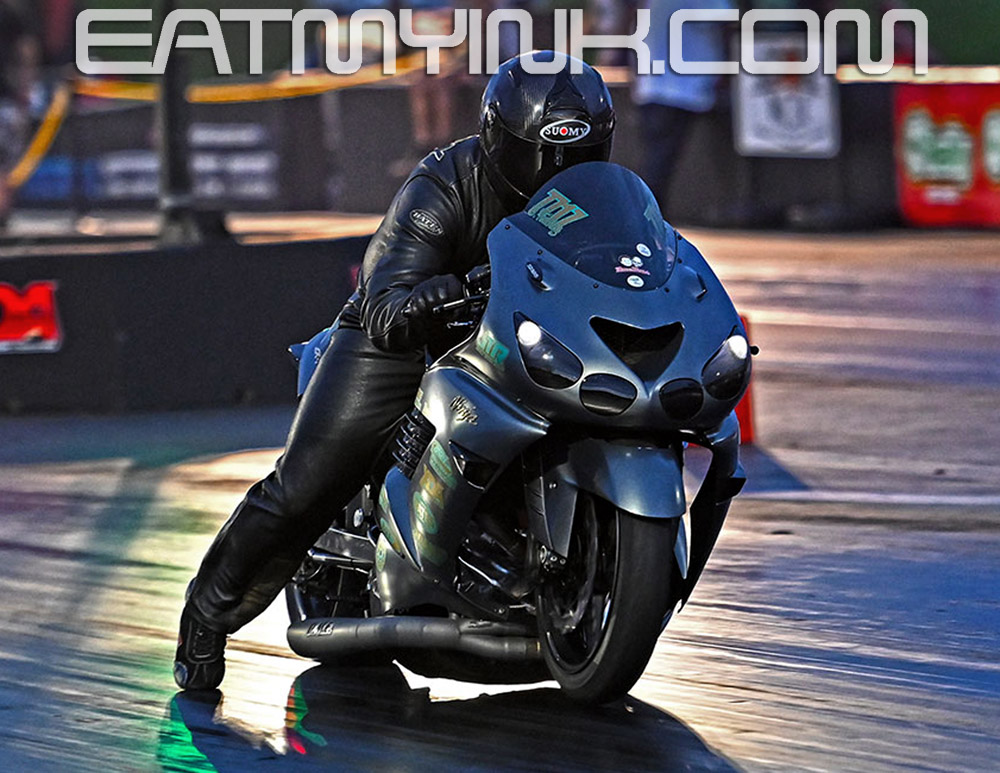 It used to be easy to classify the Teasley brothers. Brandon was the oldest, the heaviest, and a dead-on bracket racer. Jeremy was younger, svelte, and a deadly out-the-door racer. And Cameron—well, Cameron was the deadly funny jester.

But now they’re just crazy mixed up. They’re all (even Cameron) family men and can be found racing in almost any no-bar class.

Last weekend, Brandon completed an amazing transformation by winning DME Real Street at the XDA race at Virginia Motorsports Park. How did it come about?

“A few seasons ago, I decided I was done with bracket racing and wanted to go fast!” said Brandon. “So I decided to build a grudge bike out of my bracket bike. I had it about 80% done when Cameron said he was gonna run Real Street.

“I have always wanted to run the class, just no bike. So I called Jeremy and said ‘Change of plans! I’m gonna run Real Street.’

“He said ‘Dude, you change your mind more than anyone I know on bikes.’

“So I sold all my grudge plastic on my ‘Busa and got everything I needed for Real Street.

“My first season on the Hayabusa was good. It was fast but wasn’t fast enough.

“So I sold it this past winter and was done with racing, until Devin (Ragland) called an said he was selling his Real Street ZX14.”

That’s the Anibal Merced/AM Performance-built, nitrous ’14 that Ragland ran 7.50s on his way to winning at VMP last year.

“I bought it and tested a few times. It didn’t go well, and I almost sold it.

“We made changes to fit my weight, and it finally just started working and I got more comfortable on it pass by pass.”

Comfortable enough to set a new 7.516 ET record at VMP and race to the final, where he’d face Jeremy.

The bike Jeremy rides is also a Ragland piece, but totally different—a nitrous Suzuki GSXR1000. It should also be noted that Jeremy tunes Brandon’s ’14.

Brandon cut his best light of the day in the final while Jeremy cut his worst. The ’14 had the edge on track also, running 7.554 to his Jeremy’s losing 7.599.

“I’ve never set a record nor went this fast in my life, so it an awesome feeling!” said Brandon, who also took over the points lead. “Now I know how Jeremy feels!”

Kudos to today’s weight-to-wheelbase rules that allow the Teasley brothers—separated by 105 pounds(!)—to compete at record-setting pace against each other.

Jeremy made up for the loss with a win over Chris Moore in an all-turbo GSXR1000 Orient Express Pro Street final. Jeremy reset the Pro Street record with a 6.346 in qualifying. 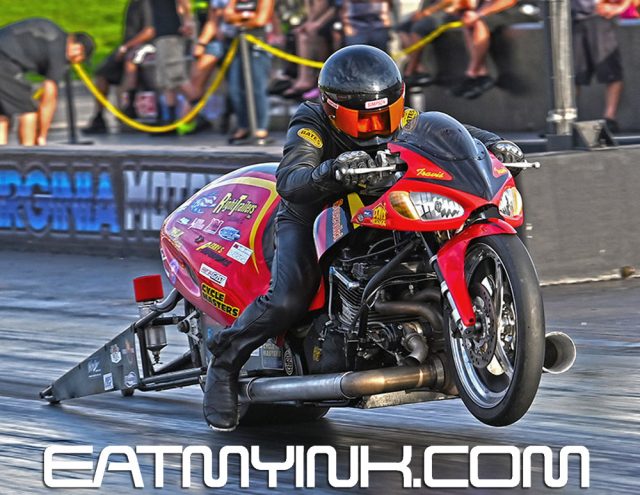 David Fondon repeated his HTP Performance Super Stock win from last time out, this time beating Jeremy Teasley in the final. Fondon qualified #1 and set the MPH record at 161.96.