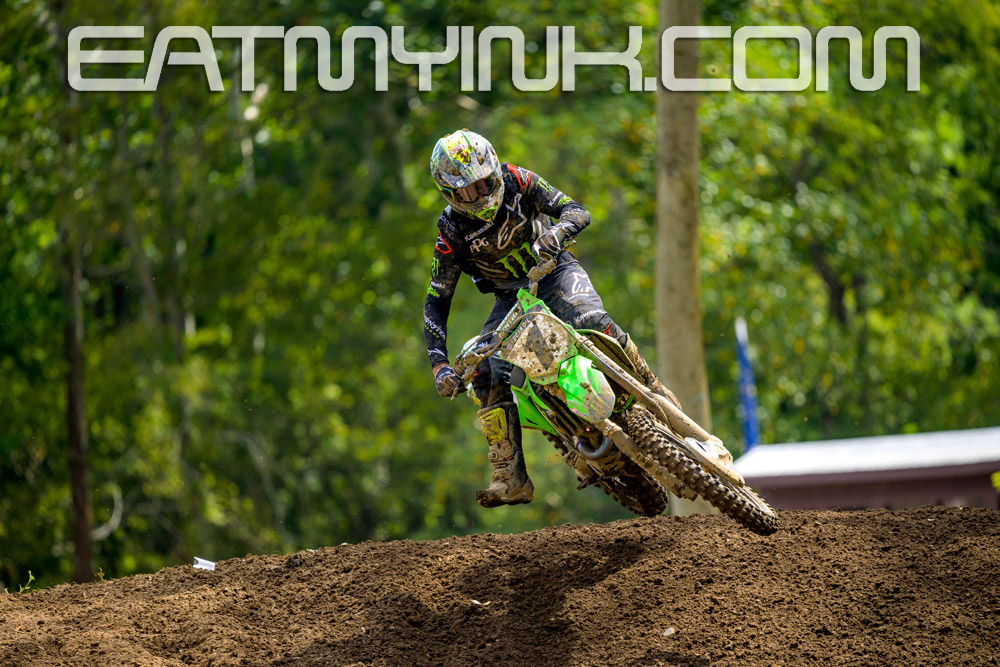 After brutal weather during the first two rounds of the series, Eli Tomac and his Kawasaki KX450 (above) claimed the top spot on the Ironman podium in Crawfordsville, Indiana, earning his first overall AMA Pro Motocross win of the season. Teammate Adam Cianciarulo grabbed his second consecutive podium with third overall.

The Hoosier state brought kinder conditions for the riders. At the track where Cianciarulo wrapped up his title hunt just over a year ago, the reigning Pro Motocross 250 class champion kicked off the day at Ironman Raceway by using that track knowledge to qualify fastest for his first time in his premier-class career with a lap time of 2:09.464. Tomac eased into the day, qualifying 13th after not being able to get a clean lap in during the qualifying sessions.

Looking for redemption after the tough stretch at Loretta Lynn’s Ranch, Tomac wasted no time slotting into second place as the gate dropped on Moto 1. Cianciarulo found himself pinched between two riders and started outside the top-10 before cutting through the field and making his way up to fifth by the end of the first lap.

Tomac remained in second at the checkered flag while Cianciarulo crossed the finishline in third.

The final moto of the day saw both Kawasaki motorcycles out front as the gate droppe,d with Cianciarulo nearly grabbing the holeshot in second and his teammate Tomac right in the top-5 mix. 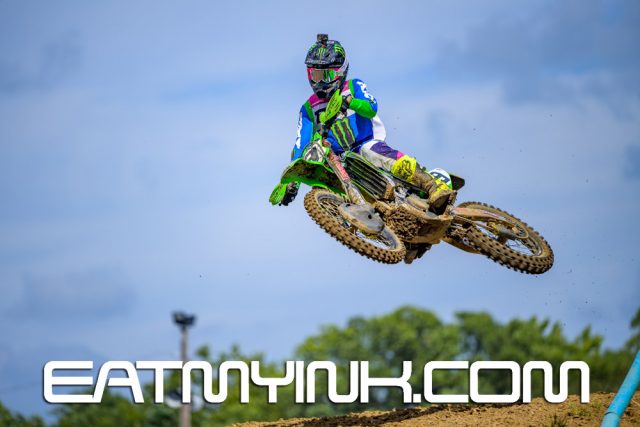 Taking the outside lines, Cianciarulo made a pass for the race lead with Tomac in third. Tomac quickly made his way into second and began to chase down Cianciarulo, who led the moto for nine laps before eventually getting passed by his teammate.

Three-time defending champion Tomac captured his first moto and overall win of the season and managed to gain 13 points on the championship points leader. Cianciarulo earned his second overall podium for third overall.

Kawasaki’s last double Pro Motocross 450 class podium was three years ago when Tomac captured the win and his previous teammate Josh Grant grabbed third overall at the season opener at Hangtown in 2017.

“It was a much better weekend for us,” said Tomac. “We had somewhat normal conditions. It was still a pretty soft track with lots of ruts. I’d say half of the track was really nice and the other half was soft still, and pretty technical.

“We started off a little slow in practice, but I knew once the track dried out a little, we would be good to go. Grabbing the overall today was huge for us. We’re taking it race by race and doing just what we did today by finishing on top. I appreciate the Monster Energy Kawasaki team for all their hard work this past week, that was a great rebound for us.”

“The day started off really good, especially with qualifying fastest,” said Cianciarulo. “I had a lot of comfort on the bike from the start, thanks to the great communication with the team; they really had my KX450 dialed.

“I kind of blew it off the start in the first moto but I was able to pass what felt like 15 guys in the first lap and finished third. I got a great start in the second moto, which was awesome, and it felt really good to lead some laps.

“Obviously, the goal is to win each time we get out on the track, but I’m proud of the effort we put out there today. I can’t be too frustrated because I had the speed and I gave it everything I had. I’m so stoked for the entire Kawasaki team. We’ll work to improve on some of those minor things and just keep proving I belong up front and on the podium.”

Tomac and Cianciarulo move into fourth and fifth, respectively, in the championship point standings after their double-podium finish.