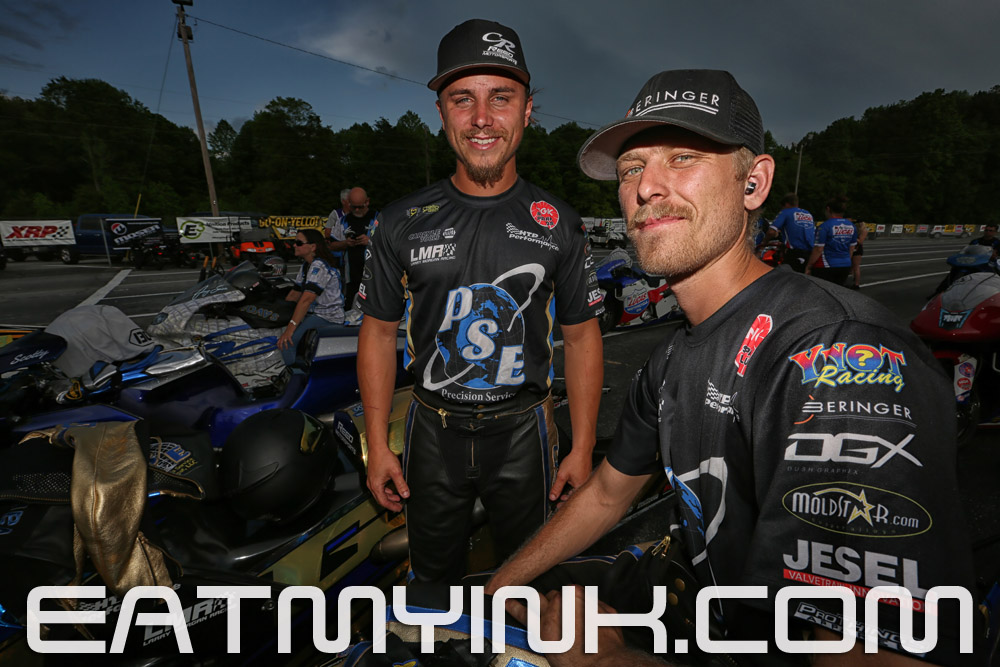 Yesterday, Joey Gladstone posted that the Cory Reed Racing team was selling everything but the tools and trailer. That means their two “Buell” chassis, their Gen1 EBR bodies, and all their S&S V-twins.

Today, I can tell you that they’re replacing them with turnkey, complete Vance & Hines four-valve Suzukis with Mike Mullaney-built chassis.

“Going to inline fours makes more sense,” said Gladstone. “The only reason why we really wanted to do it was because of the four-valve and fuel injection stuff. We’re definitely going the modern route. It seems like there’s potential to gain a lot there, and you know there’s nobody better in the business. They’ve got it all covered.”

You have to think that Cecil Towner will be more comfortable working with the more familiar (to him) platform. In fact, I asked Joey if they’d considered having Cecil build motors around Monster four-valve heads.

“No, no, no,” said Gladstone. “I’ve ridden enough fast Vance and Hines stuff to know that they’re all that. I’ve gone .70s on two different bikes that they’ve equipped, and both bikes were nice bikes but not state of the art like these new chassis that Mike Mullaney is building, and all the components that Vance and Hines are making in-house. It’s a work of art—all of it.

“So they just got all their ducks in a row, you know. Eddie (Krawiec) and Andrew (Hines) run the company super well. They’re just on top of it.  So we’re looking forward to working with them.”

All this leads one to believe that rumored personal rifts between Reed and Andrew are overrated. “Business can mend all relationships,” laughed Gladstone.

Gladstone was unsure what type of clutch they’ll be using. “Whatever those guys recommend. They’re handling the motor program. We trust them entirely.

“I’m really, really excited for Cecil to be able to work with some four valve inline fours.”

As posted by Monster’s Mitch Brown in the Eatmyink Facebook Group, the Reed team did pick up a chassis last weekend at Maryland International Raceway’s XDA event to be used as a school bike, or maybe a rental as the team seeks to grow and expand.

At the Indy 1 NHRA race a few weeks ago, there were discussions about John Hammock’s Buell program for sale—a bike with three small cam chest motors for $100,000. That was already a good price, and the way things are moving, it might go down even further.