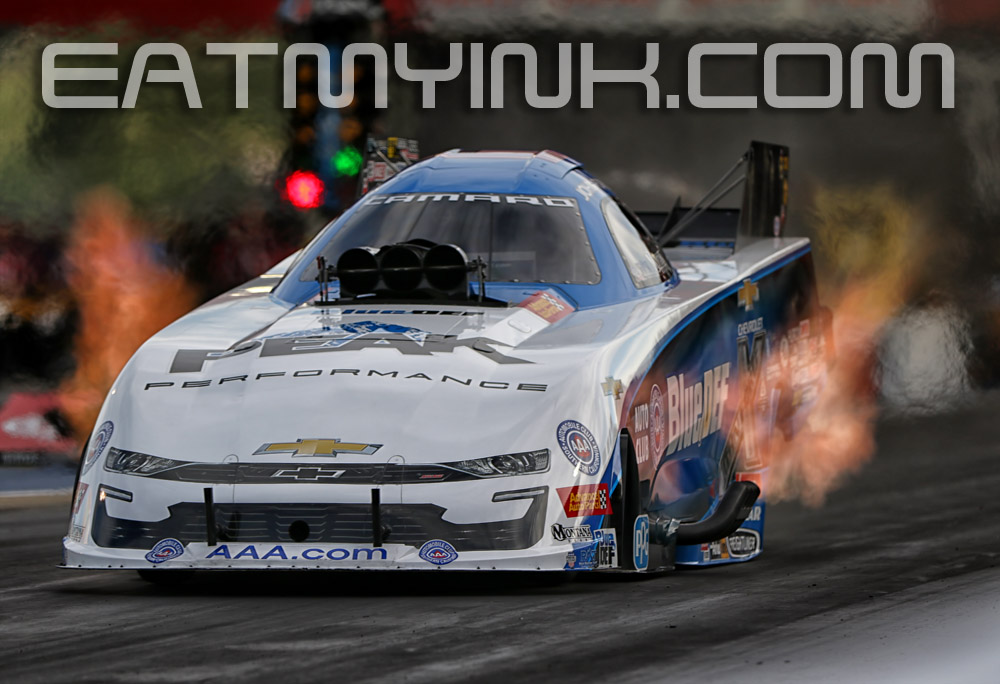 NHRA is hemorrhaging star power. Corporate belt tightening and reduced purses (by 35% for fuel and 50% for gas classes) at limited-spectator events is part of the story, but you might remember that some teams were skipping the early season races long before the COVID19 crisis set in.

The big one is John Force Racing (JFR). Reportedly, Chevrolet has backed off their deal with JFR and the team has decided to park for the year. This is not official, but at this point is widely understood. With today’s deadline for this week’s Indy event looming at the close of business Pacific time, there are currently no JFR cars entered. That means John and Robert Hight’s Funny Cars and Brittany’s Top Fuel dragster.

The Capco Top Fuel cars of Steve and Billy Torrence are also not on the entry list yet, nor is the team-supported car of Scott Palmer. You might remember that Steve skipped Pomona, then won Phoenix. But Capco is an oil and gas industry contractor, and the North American industry is still mostly parked since the big oil glut of this past winter.

UPDATE: Steve and Billy Torrence entered just before the deadline.

Mike Salinas announced on CompetitionPlus that his Scrappers team (with includes daughters Jianna in Pro Stock Motorcycle (PSM) and Jasmine in Top Alcohol) will not be racing until the U.S. Nationals on Labor Day weekend.

The nitro take-away is that unless the entries change today, Don Schumacher Racing (DSR) and Kalitta Racing will be dividing the spoils amongst themselves—in between oildowns from all the low budget teams that will show up to fill fields. 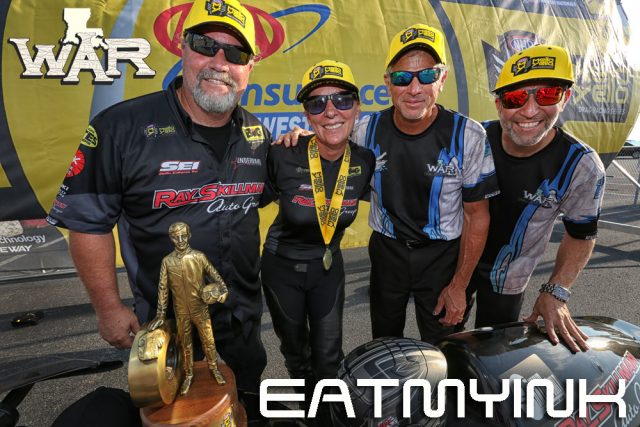 At the NHDRO race a couple of weeks ago, I was talking to Gary Stoffer, Jay Krawiec, and Mike Mullaney about having to get back on the road for NHRA races. “Not me,” said Gary, and indeed the word I hear is that PSM racer Karen Stoffer is not expected to race this year.

Jimmy Underdahl has been running a limited schedule for a while, and I wouldn’t expect his rig to be at any race that teammate Salinas is not at. So maybe Indy.

Cory Reed and Joey Gladstone were already planning to run a limited 2020 schedule, but it wouldn’t be surprising if this team doesn’t make it out at all this year.

No one wants a repeat of Gainesville, where everyone the pro teams were all set up and ready to race, only to have to pack up and drive back without turning a wheel. With so much uncertainty, many think it’s a good time for them to write the year off.