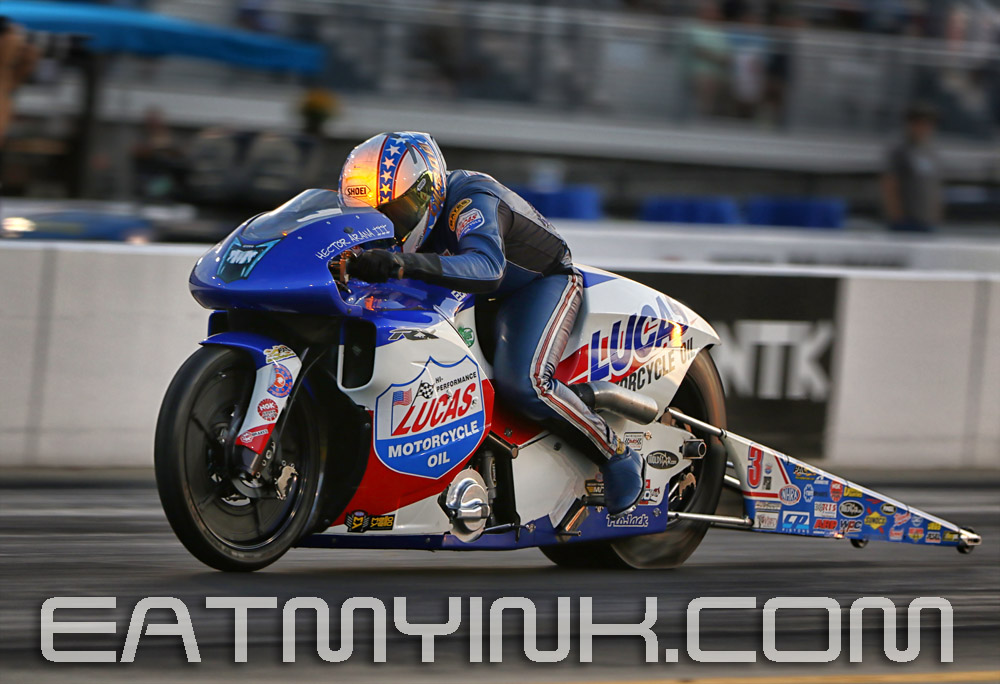 The Mickey Thompson Tires Pro Bike Battle event, which annual pits eight of the class’ best riders in head to head competition for a $25,000 winner payout, will take place this season at the Denso Spark Plugs NHRA U.S. Nationals. The special event, originally scheduled to take place at its traditional site at the NHRA Sonoma Nationals, was moved after that event had to be canceled for this season because of the COVID-19 pandemic and other considerations.

“It’s great to get back to racing and moving the Pro Bike Battle to Indy is a terrific way to showcase our tires in the home of motorsports,” said Ken Warner, Vice President of Marketing for Mickey Thompson. “The excitement of the Pro Bike Battle is Pro Stock Motorcycle racing at its best, which is why Mickey Thompson has been proud to sponsor the event for four years now.”

Riders earn points for the Mickey Thompson Tires Pro Bike Battle during qualifying at NHRA Mello Yello Drag Racing Series events over the course of a calendar year. The eight riders accumulating the most qualifying points leading up to the U.S. Nationals earn a berth in the Mickey Thompson Tires Pro Bike Battle, which will take place Saturday, Sept. 5 at Lucas Oil Raceway at Indianapolis.

Qualifying for the event began after Andrew Hines won last year’s Battle and will continue through the Dodge Mile-High NHRA Nationals Presented By Pennzoil in Denver Aug 7-9.

First-round pairings will be decided on stage during a pre-race ceremony only moments before competition begins. The riders will each select a special Mickey Thompson tire. The inside of each tire will be numbered one through four. The riders who select tires with the same numbers inside will be paired up against each other for the opening round.