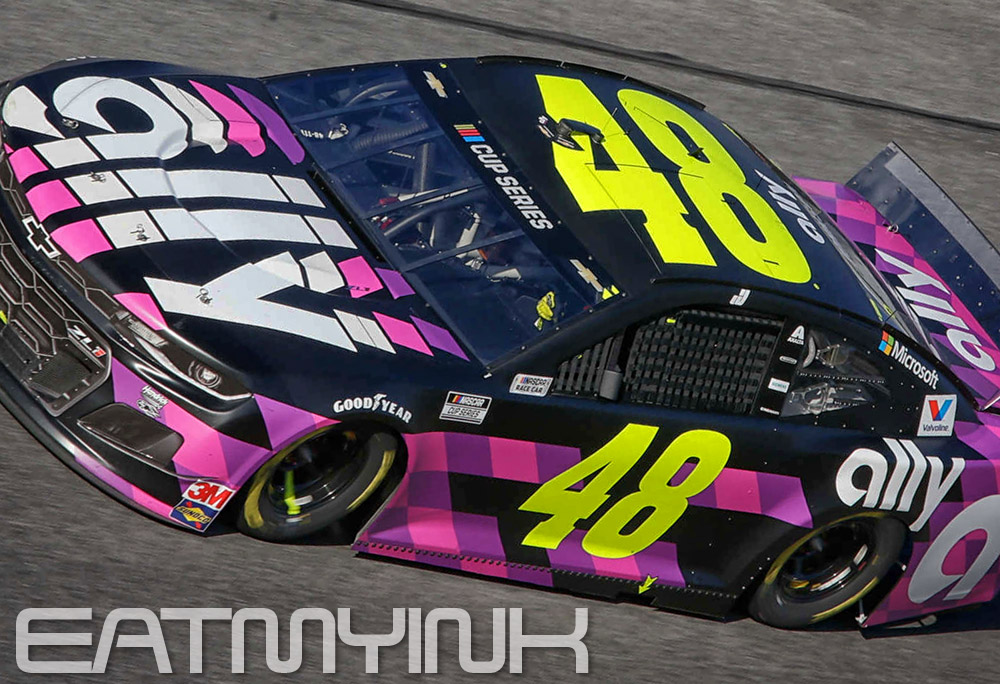 Chevrolet career driver and seven-time NASCAR Cup Series champion Jimmie Johnson is on his final full season of Cup competition, with a lot options ahead of him.

Perhaps one of those options was in play when Johnson visited the IndyCar test at Circuit of The Americas. Visiting as a guest of McLaren, Johnson attended the morning driver’s meeting and met with several of his friends in the paddock.

“I’m definitely learning,” Johnson said. “This is a totally different world than what I’ve been used to, but it’s a world I dreamed of racing in when I was a kid growing up in San Diego. My heroes were the guys that raced in the Indy 500. I’d go to the Long Beach Grand Prix and watch, hang out and wanted to be in a car going by.

“For me, this is a learning experience and IndyCar has always been a bucket list category for me to come see these cars, be around these cars. (Next year) is open for me and who knows what opportunity might come along in IndyCar, sports cars or back to my off-road roots. I’m just taking it all in and see what comes of it.

“There haven’t been any specific plans thrown at me. I’ve had everybody from sanctioning bodies to team owners far and wide. I’ve been saying this for a lot of years: I’m open to all other forms of racing. Now those calls and texts and stuff are coming in more often.”

He admitted a possible interest in racing an Indy car in 2021 after his NASCAR contract expires, but oddly said that he’s not interested in racing Indy cars on ovals. “I’ve gone in circles enough, and granted a road course is still a circle, but I’m not interested in ovals really. I think the windscreen on the IndyCar certainly creates a huge upgrade in safety for those cars. I don’t want to say that an oval would be completely out of the question. The right oval would be important.

“I want to do some road course racing. After driving that F1 car a couple Novembers ago, just blew my mind what that experience was like. IndyCar is an option. Sports cars. I could see a situation where the WEC Series has an eight-race schedule, there’s a lot of off weeks an eight-week schedule. Travel the world, take my family with, school, experience the world. I could see a neat opportunity there.

“Clearly, the IMSA Series racing here in North America would be a lot of fun. Those divisions would be probably my first focus in ’21 or ’22.

“But yeah, any road course race, especially an F1 track. Drove the one in Bahrain. Was able to go around the one in Abu Dhabi with Fernando in a McLaren production car, which was really rad.

“In my heart, I still want to go back and do some off-road racing. I think opportunities like that will be around for a long time. I feel like there’s probably a shorter runway on some of these other series. With that being said, I’m just open. We’ll see what develops over the year.”

The trip Johnson took around COTA while he was there was in Max Papis’ rental car. “Max wouldn’t let me drive it,” laughed Johnson. “He was too busy being Max and showing me around. I didn’t drive anything there, but rode shotgun and felt like I was going to get sick.

“To see it even in a rent a car yesterday, there’s just a unique feel that TV doesn’t carry over. The tracks are awesome. I mean, they look big and nice and wonderful. From the driver seat, the way they shape turns really, really complicated angles and corners, a lot of elevation you can’t see from television which is very intriguing as a driver.”

As for the hear and now, Johnson and Chase Elliott have a mutual admiration society, which is not unexpected since they have known each other since Elliott was a small child.

“I think he’s the best to have come along,” Elliott said about Johnson. “I don’t think he’s ever got the respect that he deserves over the course of his career. I think what he’s done, the amount of time he did it in, the way he did it—I just don’t see how that’s matched in my personal opinion. That’s just my opinion.

“I think it’s just the era that he came along in. I think sometimes, too, maybe when he’s gone people will respect him the way he deserves to be respected. I hope that’s the case. Certainly doesn’t seem to be that way right now.

Elliott said unquestionably that Johnson is the GOAT. “I don’t think it’s even close,” finished Elliott.

“I’m not going to lie, it’s great to hear,” Johnson said when he learned of Elliott’s appraisal. “But that’s not a box I need checked. That’s not who I am, what I’m about, what I set out to achieve in my life in racing. I don’t have any attachment to it. Sure, it’s wonderful to hear it. I’m just stoked to be in the conversation. Whatever the argument is, whoever one day is decided is, just that I’m in that conversation is pretty rad.”

Likewise, Johnson feels that Elliott is the face of NASCAR right now. “Yup. I do. I feel like he’s the one that’s connecting to the largest fan base and is the face.

“I feel that there are many other drivers that play very important roles with how the sport is developing. I think Denny Hamlin has done an amazing job to be available to NASCAR and to help lead in the right way, collect the drivers’ voices, help articulate that to the car owner group, to NASCAR, to the television partners, really help evolve this sport. Joey has made a big effort on that front, as well. There are a lot of guys playing a key role. The pretty face would be Chase.

“I still see him as the seven-year-old kid in Vail when I went skiing with his parents. Every time I fell, he showed up with a snowball and hit me with it. I don’t know. I think I’m his biggest fan. I’m so proud of what he’s accomplished, who he is, how he goes about business. I know he’s going to be a champion in our sport. I felt that way for a long time. He’s been in the Hendrick system for a long time. He’s tested cars for the 48 team when I couldn’t make test days, when we were just kind of doing stuff that Chad didn’t think I needed to be there for. I’ve just been around him so much, probably one of his biggest fans.”

But for now, Johnson has a race coming up this weekend. A look at his Daytona 500 success: Johnson has two victories (2006, 2013) – both from the ninth starting position. He started from the pole in his 2002 rookie season and in ’08. Johnson is one of only two drivers to win the race and go on to claim the series championship more than once (2006, 2013). He is among five drivers to win both NASCAR Cup Series races at Daytona International Speedway in the same year (2013). Johnson needs one victory to tie Bobby Allison and Darrell Waltrip for fourth on the all-time NASCAR Cup Series list with 84.

“I want to win races and I want to be a championship threat,” Johnson said after Daytona 500 qualifying. “So, I’ll try to figure that out as the year goes on. It’s been a heck of a run and I’m very excited to start my final full-time season.”