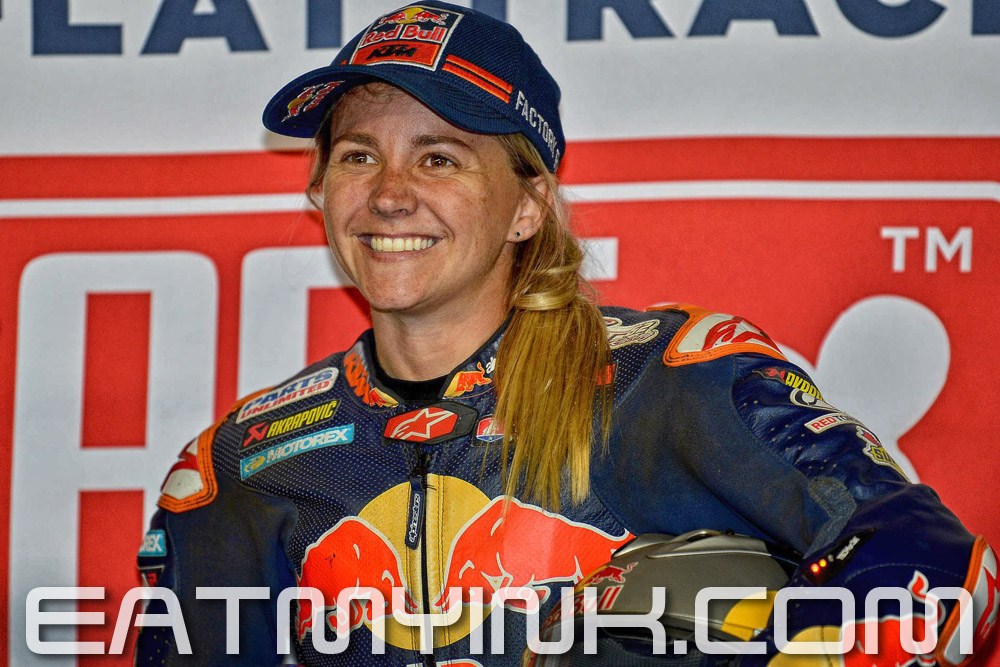 KTM Motorsports is pleased to announce that 18-time AFT Singles winner Shayna Texter has signed a two-year contract extension with the Red Bull KTM Factory Racing Team to compete in the American Flat Track AFT Singles class through the 2021 season.

Texter, a Pennsylvania native, will return aboard the KTM 450 SX-F Factory Edition, a bike that led her to three AFT Singles Main Event wins last season. As a part of the Red Bull KTM Factory Racing Team’s debut season in 2019, Texter has been an integral part of the brand’s testing and development in American Flat Track racing. Finishing seventh overall in the series last season, Texter will look to improve her standing and go after even more race-wins in 2020.

“It’s an honor to be continuing my relationship with the Red Bull KTM Factory Racing Team,” Texter is quoted as having said in the press release. “They have created a culture of winning that I am happy to be a part of. We learned so much together last season with the new team and we won three races together, but now we turn our attention toward 2020 with new goals that I look forward to accomplishing on a Red Bull KTM.”

“We are very happy to have Shayna continue with the Red Bull KTM Factory Racing Team for another two years,” Team Manager Chris Fillmore is quoted as having said in the press release. She has proven that she can dominate on some of the most demanding circuits and also does a wonderful job representing herself, the team and the sport off the track. Starting a brand-new team can be an adjustment for everyone but we learned a lot through last season and going forward we’ll be better prepared, so this is a very motivating and exciting thing to be able to continue to work and grow with a rider like Shayna!”

MIA at NHRA: What to Expect at Indy