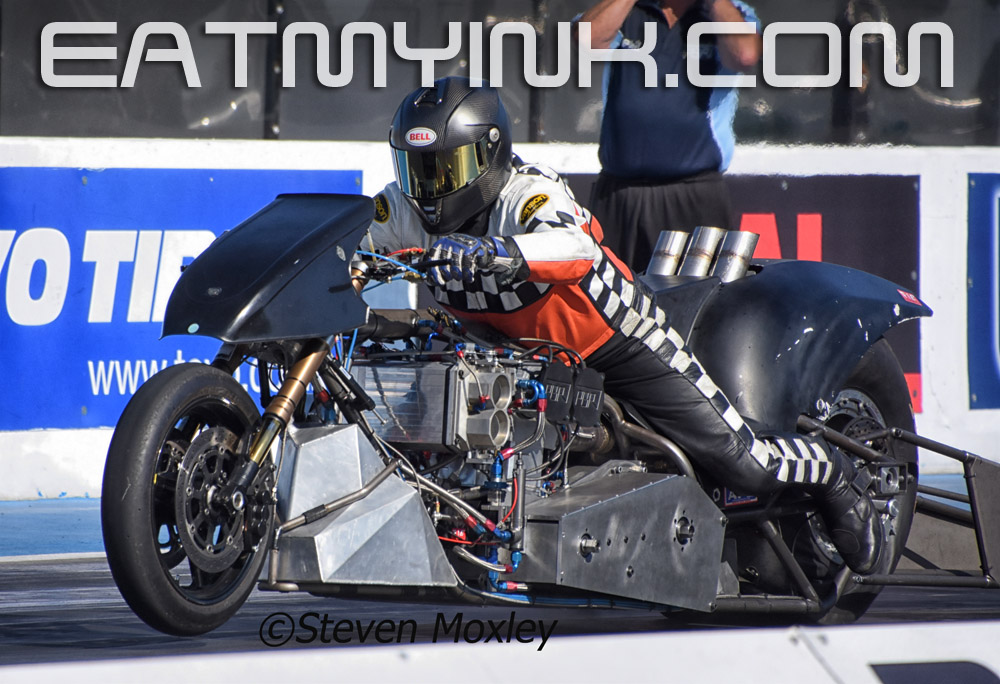 After a full day of qualifying for the STP National Finals—ACU Championships Round 6 at Santa Pod Raceway—rain on raceday decided all the outcomes of the championships.

Nick Milburn debuted his new fuel bike, the ex-Eric Teboul I4. The engine sounded crisp and Milburn did a 330 foot launch at the end of qualifying. He had planned a full pass over the weekend, but rain put an end to that.

Sunday morning and Top Fuel Bike was in the staging lanes when rain began to fall. Steve Woollatt had won the 2019 ACU Top Fuel Bike championship.

Dave Peters ran 7.923 and had his exhaust break, but Al Smith repaired it for raceday. Phil Crossley dipped into the sevens with a 7.953.  Thomas Joswig had clutch and gear shift issues with his new bike and ran 8.002.

Steve Venables dominated qualifying with a 6.884 at 213.80 mph on his turbo Suzuki Hayabusa to retain the ACU Super Street Bike championship.

Garry Bowe was testing new fuel for next season and ran 7.1 seconds on Friday. In qualifying, the input shaft moved and damaged the clutch assembly. Knut Moeller ran 8.589.

It was the best turn out this year for Super Twins Top Gas with six bikes, three from Europe.

Martin Buhler has built and constructed the chassis and copied a Godden motor from billet. This was his first trip to Santa Pod and he was the number one qualifier with an 8.182-175.09.

Jens Hoffmeister was riding the ex-Bernd Foit bike, and Foit was part of the crew. They had a clutch issue, were looking for a baseline, and ran 10.301.

Thorsten Appel was riding the ex-Dave Bartz bike. He suffered a fuel problem, but started to get a handle with a best of 10.312. Mike Nelthorpe was on the bump spot with 11.088 and a personal best speed of 134.14.

Marck Harteveld had some handling issues during qualifying, but still managed to run 5.965-239.91 to lead the Pro Mod Car field.

Round one and Bobby Wallace had a bye when Nicholson was a no-show. Jean Dulamon crossed into Nick Davies lane. Payne redlit against Slyfield, and Harteveld and John Webster were coming into stage when it started raining.

Congratulations to the following: 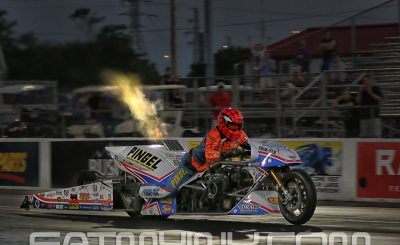 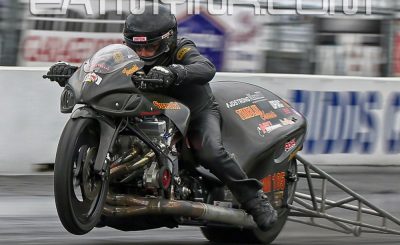