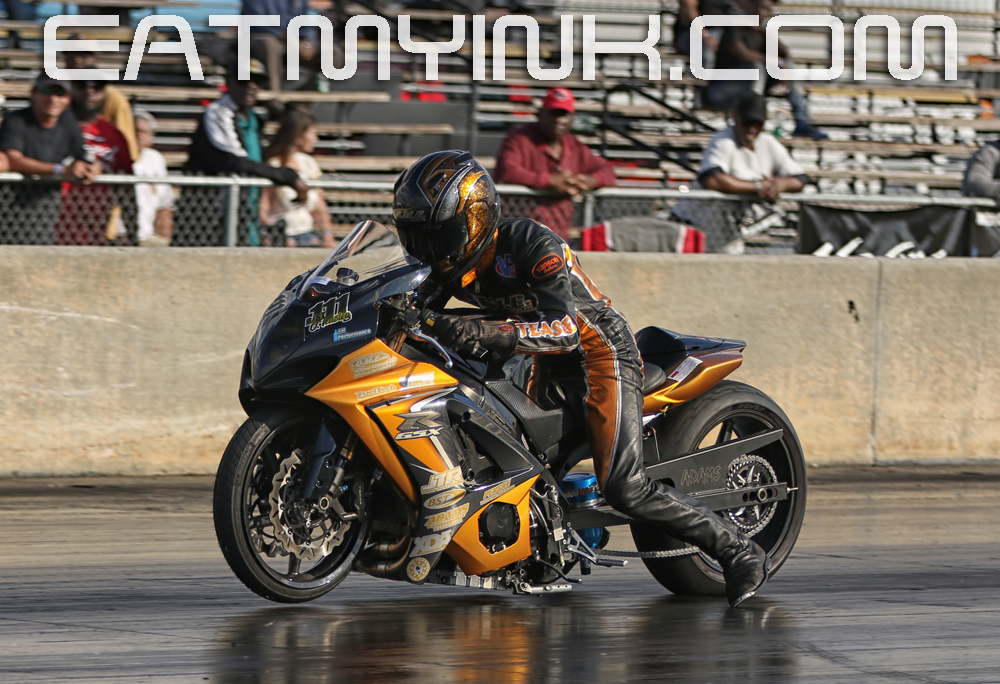 One class that really caught my attention during the Kibblewhite Man Cup World Finals marathon was Real Street. Sure, the class was won by Jeremy Teasley on a “new” bike, but what about Anibal Merced going to another final on his venerable ’14 and Johnny “Turbo” Dobrin still plying his trade on that old ‘Busa?

Teasley seemed to have the event well in hand on his Merced-built, nitrous-huffing, Suzuki GSXR1000, and bike owner Devin Ragland couldn’t agree more. “When Jeremy went the 7.59 in qualifying, I knew everyone else could cancel Christmas and start getting everything packed up to go home early!” said Ragland. “I knew Anibal would beat Spencer Claycomb to go into the finals. He’s been beating up on Spencer all year, so once again it was a all AM Performance finals!”

One that Merced didn’t mind losing. “It doesn’t feel too bad just because it was to my teammate,” said Anibal. “I feel like I did a good job (.069 to Jeremy’s .100 on the tree) and still feel like a winner the way it worked out.”

Merced’s nitrous Kawasaki ZX14 has seen a lot of finals and championships since being put into service in 2013. The bike ran 8.04 when first introduced and qualified second at Valdosta with a 7.69 at 187 mph.

One of Merced’s frequent opponents over the years has been Johnny “Turbo” Dobrin on his now ancient—10 years of racing—turbo Suzuki Hayabusa. And there was Johnny, rolling into staging once again for battle.

This time, though, Dobrin admitted to being out matched, recently untested, and overall unready. “I’m slowly stepping down from racing,” said Dobrin. “I’ve had my day in the sun.

“It’s been a really good bike, winning lots of races—more than any one bike in the class I’m sure.

VIDEO: The first round of Real Street qualifying left a lot on the table

Dobrin’s bike has been remarkably reliable over the years. “It had a few snags, but very rarely. That thing’s ran on same motors for years.”

And despite being a 1000cc motor on nitrous, Ragland also touts his motor’s reliability. “Same engine parts all year, just changed bearings and rings once,” said Devin. “Same with my ‘14 and I spray A LOT MORE!”