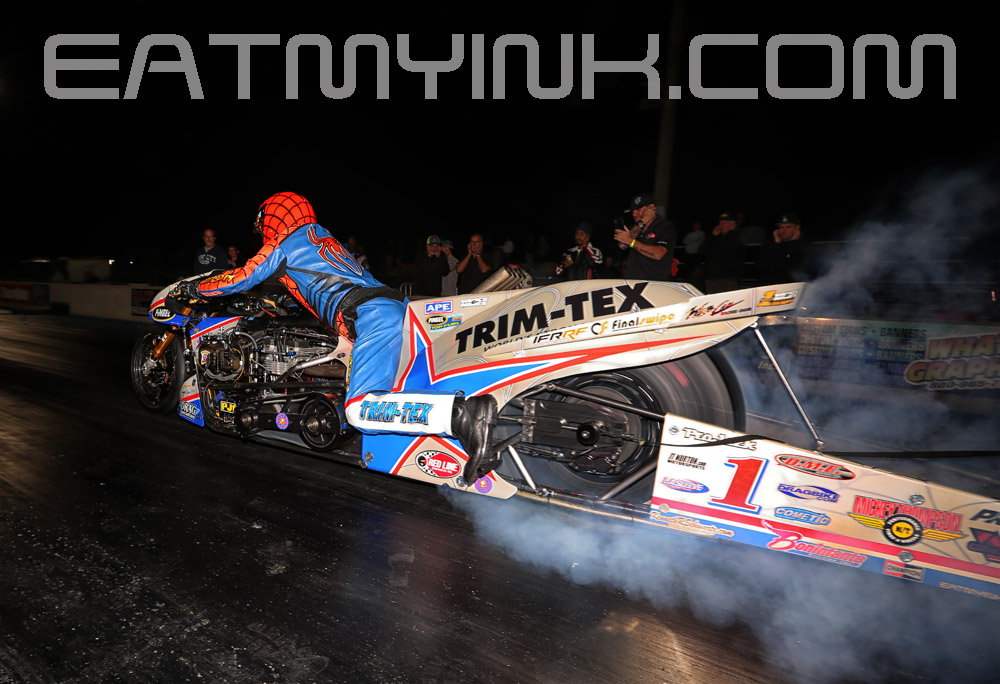 “I was gonna run it out, but I think I’m gonna shut off early,” Larry McBride said to me before his testing lap last night at the Man Cup race at South Georgia Motorsports Park near Valdosta, Georgia, USA. “It’s awfully dark down there.”

The only thing left dark at the end of McBride’s lap were the moods of the Top Fuel competitors who weren’t pitting under a big, white, Trim-Tex awning.

McBride had already made noise on his earlier, daylight pass with a 3.69 eighth mile time. That incremental improved to 3.67 in the dark of night, and on the quickest—and arguably the straightest—pass of his life, there was no way that McBride was shutting off early. The result was a stunning 5.507 at 264 miles per hour.