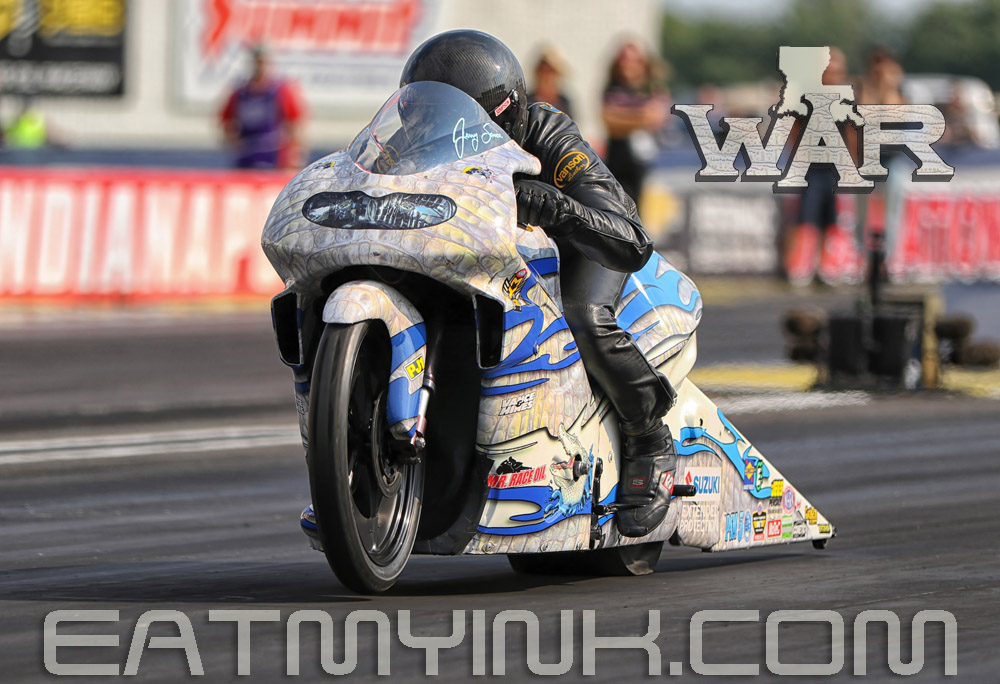 Qualified only 8th, Savoie and tuner Tim Kulungian found their mojo on raceday, running a string of laps between 6.84 and 6.86 to have the quickest bike every round. Savoie took the winlight when final round opponent Andrew Hines rolled the beams on the 2-step. Jerry finished the round with a 6.851 at 195.25 on his Savoie’s Alligator Farm Suzuki—the first win for an inline four this year.

Here’s video of the final:

2016 champ Savoie beat Ryan Oehler, Joey Gladstone and Eddie Krawiec to reach the final. It is Savoie’s 10th career victory, his first this year, and the second straight win at Indy for WAR. Last year the team won with L.E. Tonglet on the NitroFish Suzuki.

“The Suzukis have been struggling, but we’ve been working and it paid off,” Savoie said. “I held my composure and we were able to make some good runs.  I didn’t know if I would ever win another one. It’s not easy. It’s an honor to get this second one (at Indy). When Andrew throws up a red light, you better thank God for it because that doesn’t happen very often.”

Hines beat Kelly Clontz, Scotty Pollacheck and defending world champ Matt Smith to earn his eighth final round appearance in 2019 and 94th in his career. He’ll start the Countdown to the Championship as the points leader, while Savoie, who entered the weekend in 10th, jumped all the way to fifth with his winning weekend.

“We’re going to go for it and see what happens,” Savoie said about the championship.

Here’s an in-depth interview with Savoie and Kulungian about the winning weekend:

After the interview, Kulungian expanded on the benefits that Tim Miranda’s Mr. Race Oil has provided the WAR team. “Mr. Race Oil has definitely advanced our program,” said Kulungian. “We poured in horsepower. I couldn’t believe it when I put it in the first time and put it on the dyno.” 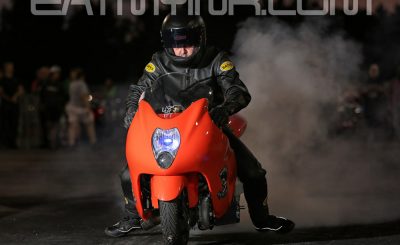