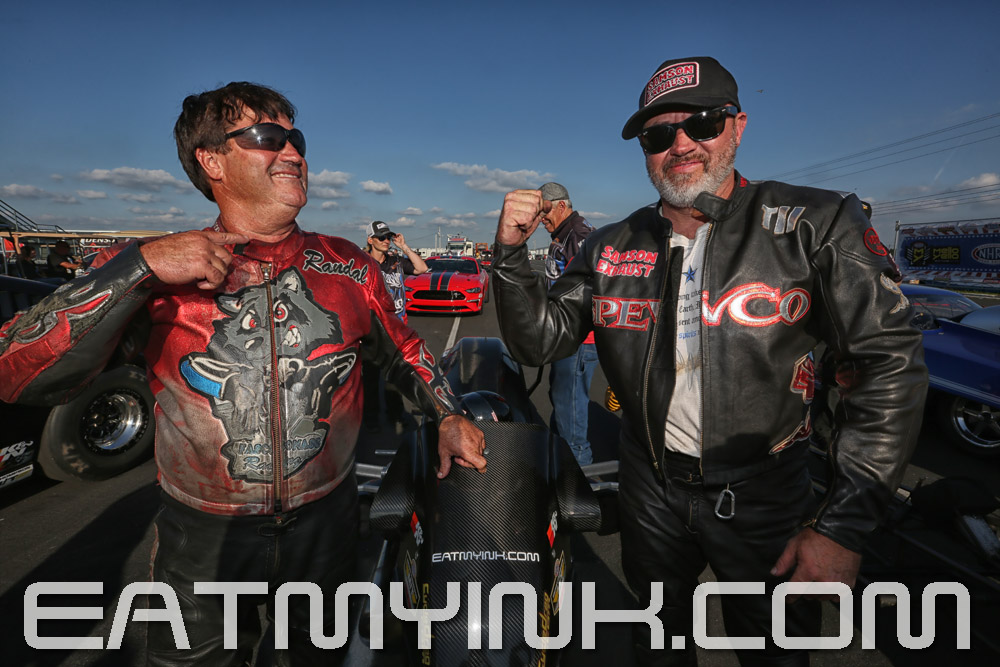 You can imagine that the Jay Turner Racing compound was the scene a damn good party when Tii Tharpe won his second straight NHRA Top Fuel Harley championship and the fourth straight for JTR. But that party was ratcheted up even more since Tharpe’s JTR teammate Randal Andras won his very first Wally that same day, at the U.S. Motherf*ckin’ Nationals, no less.

The title chase came down to the final day of the season for the second straight year, and Tharpe again edged out Doug Vancil. Last year it was in the final, this year it was nailed down in the semis when Tharpe’s 6.398 at 219.33 mph on his Spevco/Samson bike thundered past Rickey “Sharkey” House.

Here’s an interview with Tharpe:

Here’s an interview with Andras:

And here are some pics: