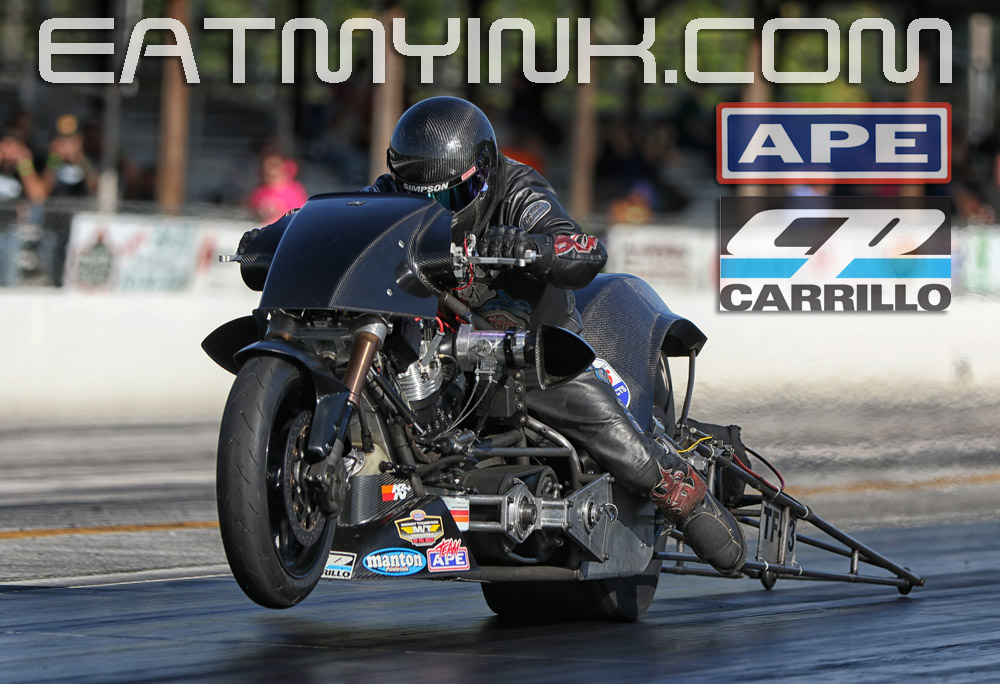 The American Motorcycle Racing Association (AMRA) started the first season with their new ownership team at Bowling Green, Kentucky’s Beech Bend Raceway in April, and returned there this past weekend for the third time this year. This time around, though, the field was packed with Top Fuel—including Jay Turner and his U.S. Nationals winning teammate Randal Andras.

Turner (featured photo above) was riding the bike that Mike Scott started the NHRA season on and finished with Tyler Wilson in the seat. “We’re trying some new parts on it,” Jay said as eliminations began. “It’s not liking it.”

But Turner, the bike, and it’s parts settled into a good working relationship on raceday, and Turner’s 6.39 at 217 beat Andras in an all-JTR final. 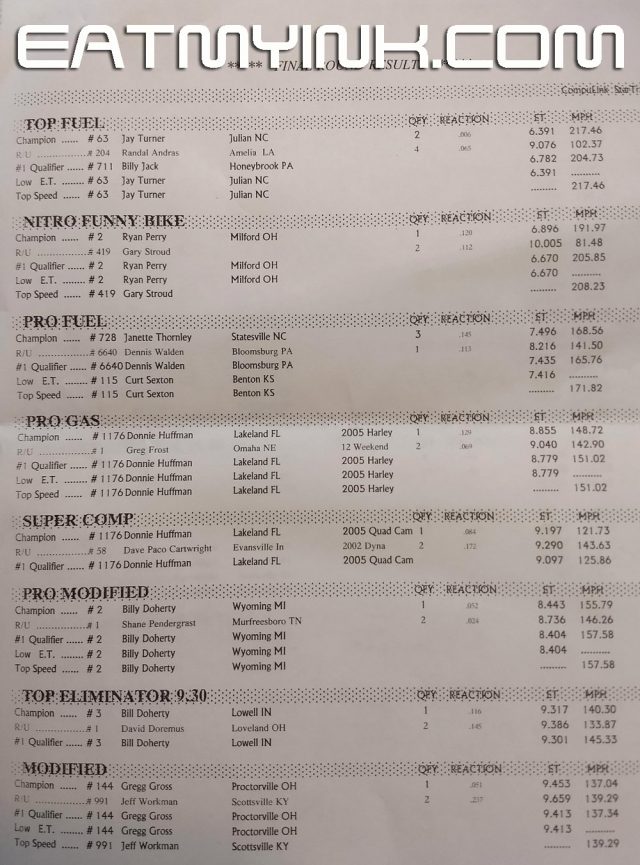 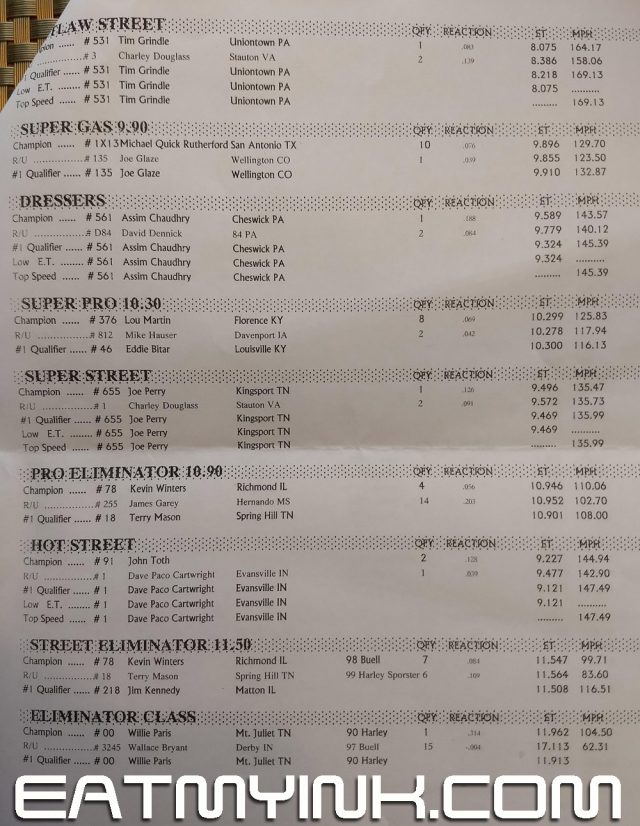 Here’s my gallery of AMRA photos so far this year: