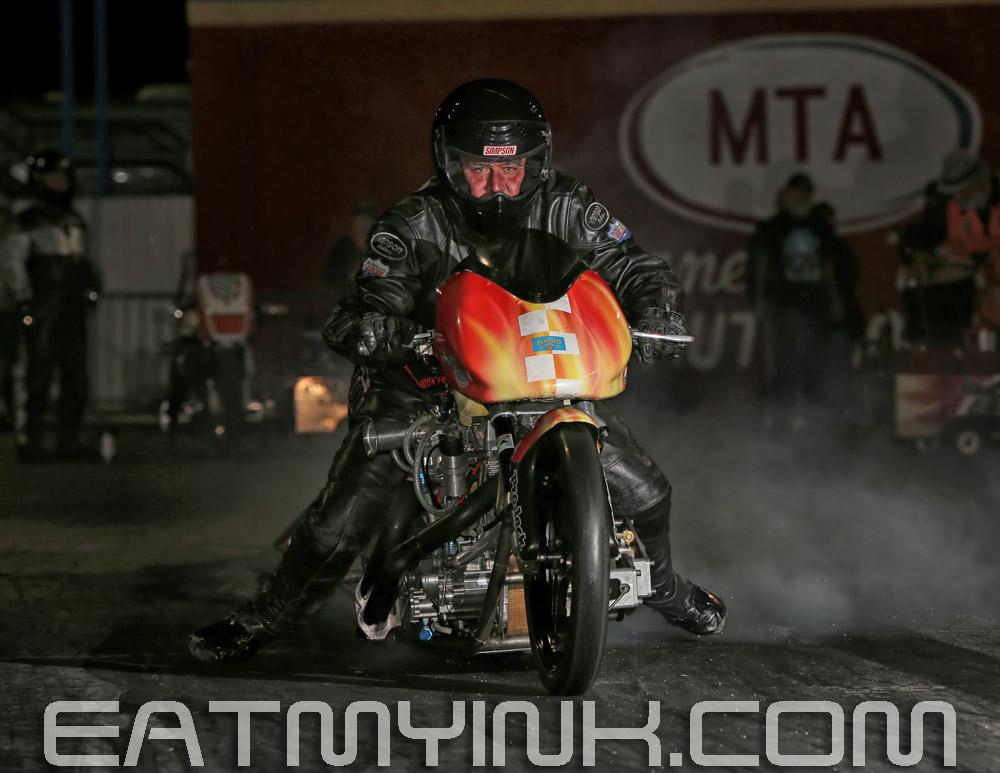 You only have to put two and two together to see that Tyler Wilson (shown here on his Pro Fuel bike) will be taking over for Mike Scott at Jay Turner Racing (JTR) in Brainerd this weekend. Wilson has been testing with JTR on the bike that Scott has been riding. Wilson’s name is on the Brainerd entry list and Scott abruptly announced his retirement from racing.

Scott had a very quick bike at Bristol this year, qualifying second but blew the tire off there in E1. He qualified second again in Epping, then had the exact same result on raceday. After qualifying poorly last time out in Seattle, his bike didn’t start for round 1 of eliminations.

Wilson—who is also Matt Smith’s cousin—is a seasoned Pro Fuel racer who’s been pestered for years by your’s truly about when he was ever gonna put his big frame on a Top Fuel bike, and it appears the time is now.

In other JTR news, tuner Jeremy Hoy is reportedly no longer traveling with team but will continue to consult from home.