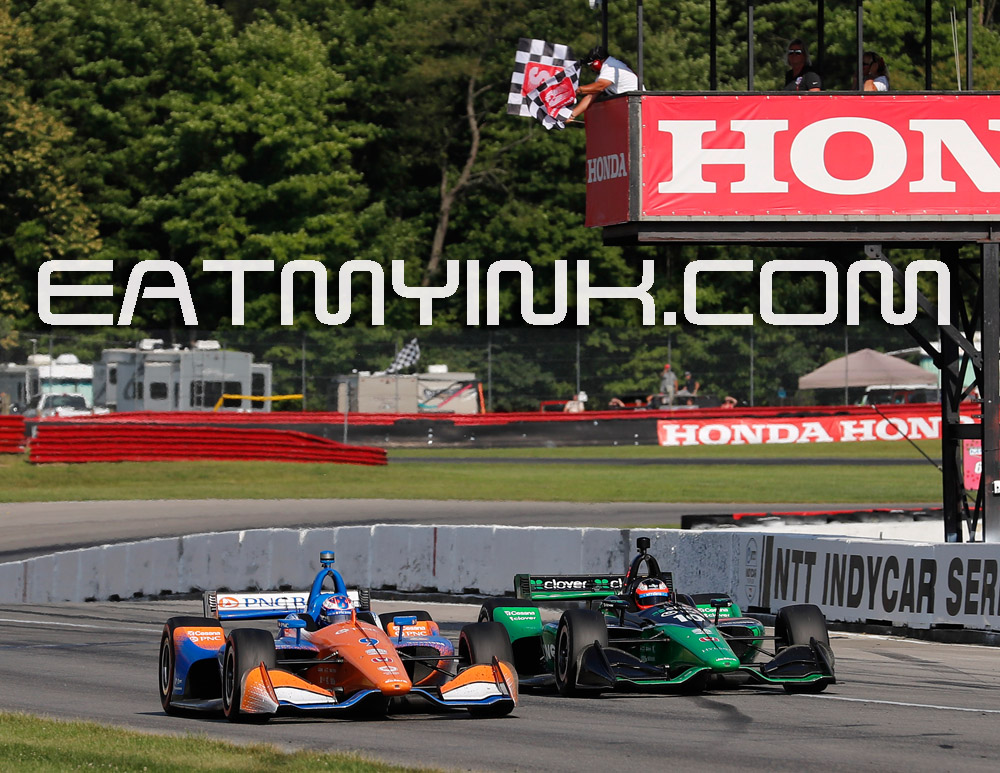 Five-time NTT IndyCar Series champion Scott Dixon made sure he remains in the running for this year’s championship by winning Sunday’s Honda Indy 200 at the Mid-Ohio Sports Car Course. But career victory No. 46 required a dramatic last-lap battle with his Chip Ganassi Racing teammate as Dixon drove with spent tires for the last dozen or so laps.

“I think it was, honestly, with about 15 to go, I started moaning to the team,” Dixon said about his fading rubber. “I’m like, ‘Man, I think we’re going to have to pit again.’

“A lot of it, I think, was just bad choices from my front. I think after the race, Chip (Ganassi, team owner) said that he had decided that we should have gone to blacks (Firestone primary tires). And I said, ‘Well, how did you and the team — how did we not go to blacks?’ But I said, ‘It looks like the reds (Firestone alternate tires) are holding on pretty well,’ but we made adjustments to the first set of sticker reds and had quite a bit of understeer. We made those changes for the used second set that already had four laps on it from qualifying and they just couldn’t take it. It was too aggressive. Luckily, I used them early to try and get past some of those (lapped) traffic cars that did help us later on, I think, at least (to) delay Felix (Rosenqvist, teammate) getting to us. But ultimately, had we gone to the black tires, we would have maintained our eight- or ten-second gap, but it definitely made it exciting for me and I’m sure everybody else.”

Dixon had rookie Rosenqvist charging in the closing laps and in the final pass through Turn 2 they had wheel-to-wheel contact. Rosenqvist weaved hard onto the curbs stayed in to a thrilling run to the checkered flag. The margin of victory was 0.0934 seconds, the closest IndyCar finish at Mid-Ohio and third closest on a road course in IndyCar history.

“Oh, man, that was crazy,” said Dixon, who drives the No. 9 PNC Bank Honda. “(I was) just a sitting duck…and if I wasn’t his teammate I think he would have (knocked) me off. Huge respect for Felix. He drove clean, and ultimately, I don’t know, it was going to be hard for any car to come past, even though we were about three seconds slower a lap than anyone else.”

Rosenqvist, chasing his first career win in the NTT IndyCar Series, said the team told him to race hard for the lead while being mindful of Dixon’s position as a teammate and championship contender. “A bit of a mixed (message),” Rosenqvist laughed.

The driver of the No. 10 Clover Honda was confident Dixon would race him fair, and that’s what he did. “He’s always on the right level of aggression and safety,” Rosenqvist said.

“That’s what IndyCar racing is—it produces the best racing in the world,” replied Dixon. Six different drivers have won in the thirteen races run so far, and four are very much alive in the championship hunt.

This was Dixon’s second win of the season, a record-extending sixth at this 13-turn, 2.258-mile circuit, and allowed Chip Ganassi’s team to break a tie with Newman-Haas Racing for second-most entrant wins in history with 108. Ganassi’s team had both fuel strategies covered in the race that went caution-free for the second consecutive year. Dixon completed the 90 laps on two stops, Rosenqvist made it on three.

“I think we have to keep the perspective,” said Rosenqvist—somewhat disappointed in finishing second. “Had our first podium today and also a one-two finish for Chip Ganassi Racing. Obviously tough when I think we really had the right strategy and the pace to win the race. With those five (lapped) cars in front of us it was going to be difficult, and I was really frustrated on the radio. Barry (Wanser), my strategist, tried to really keep me calm and (we) tried to pick off (the lapped cars) one by one, so I used a lot of push-to-pass to get through (Max) Chilton and Marco (Andretti) and whoever was in front of me. I think it’s a bit of a shame because maybe at times we were missing out on a good battle when you had to race cars that were fighting for P24. But anyways, that’s what it is.

“I really want to credit Chip for letting us race. The last lap, I think everyone really enjoyed that. We were enjoying it. We were banging wheels in Turn 2 there, (it) was a bit exciting. But Scott (Dixon) is always going to fight you hard, but fair, and I think I did the same, and maybe one more lap we could have got him. But yeah, it was awesome.”

Championship contenders caught a break on the final lap when series leader Josef Newgarden punted Andretti Autosport’s Ryan Hunter-Reay in a fight for third place on the final lap in Turn 2. The engine on Newgarden’s No. 2 PPG Chevrolet stalled in the sand trap, causing him to finish 14th. “It was my fault trying to force the issue,” Newgarden said.

The podium finish was Hunter-Reay’s first in the No. 28 DHL Honda since finishing third at Circuit of The Americas race in Austin, Texas, on March 24.

Newgarden’s spin allowed Andretti Autosport’s Alexander Rossi to move up to fifth in the No. 27 NAPA Honda and draw to within 16 points of the series lead with four races remaining.

Simon Pagenaud, who finished sixth driving the No. 22 Menards Chevrolet, is third in the standings—47 points behind Newgarden—heading to the ABC Supply 500 at Pocono (Pa.) Raceway on Aug. 18.

ResultsSunday of the Honda Indy 200 at Mid-Ohio NTT IndyCar Series event on the 2.258-mile Mid-Ohio Sports Car Course, with order of finish, starting position in parentheses, driver, engine, laps completed and reason out (if any):

story and photos by IndyCar, Honda/LAT/Phillip Abbott and Tim Hailey 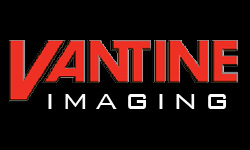