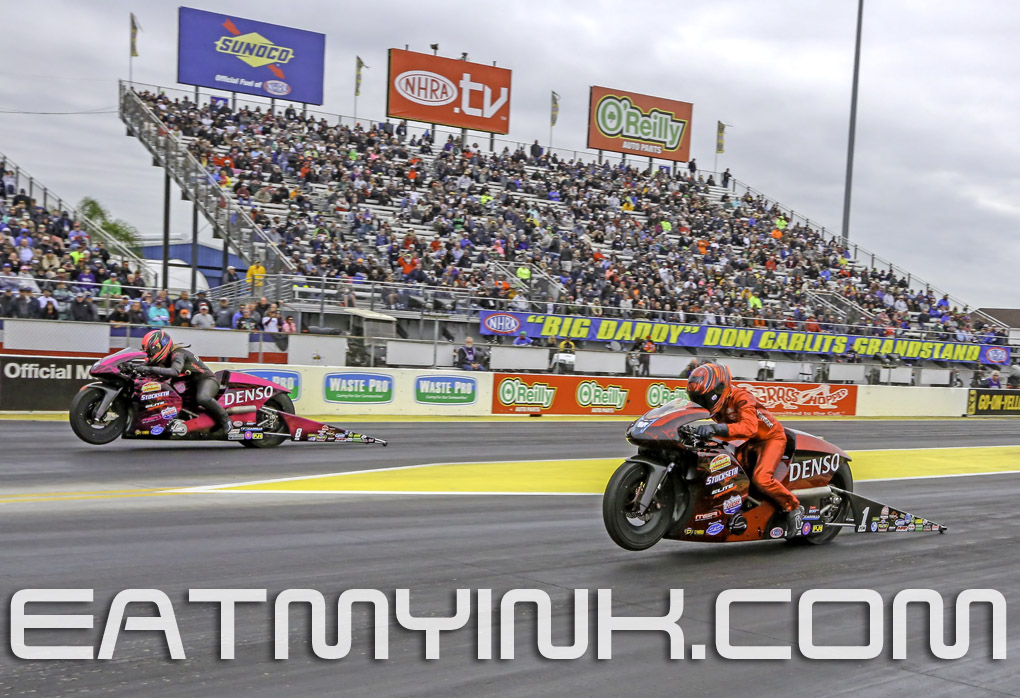 Reports from the pits on Friday night were that Rickey Smith thought his boy Matt had erred in showing his hand when he dominated Friday Pro Stock Motorcycle qualifying right off the trailer at the NHRA’s 50thAnnual Gatornationals. 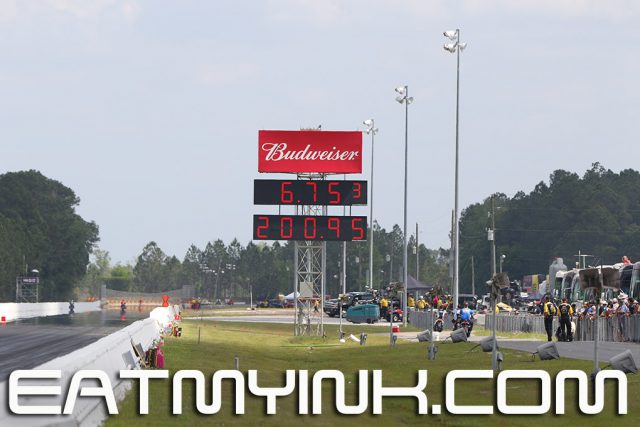 Matt drove to the top of the charts with a 6.753 at 200.95 on his S&S Gen2 Pro Stock V-Twin powered EBR during the first qualifying round—his first full pull of the year. The scoreboard rang up a 201.76 mph PSM speed record in the second round. Too much too soon for the defending champion to start off the new year?

Smith’s performance took a back seat on Saturday as the Vance & Hines Harley-Davidson Street Rods took their birthright perches as numbers 1 and 2 qualifiers, with Andrew Hines’ 6.72 at 199.67 on top and Eddie Krawiec’s 6.74 at 200.59 second.

Smith’s .75 held up for third, followed by Hector Arana Jr, second year racer Ryan Oehler, and Angelle Sampey on the third Harley. Jimmy Underdahl’s 6.82 at 197 was the highest qualifying Suzuki.

Underdahl’s second round race with Krawiec might have been a metaphor for where the class is. After ceding .026 at the tree, Vance & Hines team rider Krawiec bogged badly to a 1.149 60 foot time. Vance & Hines customer Underdahl ran away to a clear lead until about 1000 feet when his Suzuki’s crankshaft was pushed to the limit and expired.

So while there was some grumbling about how Suzuki performance was measuring up against the V-Twins, it still came as a complete shock when NHRA announced Thursday that 15 pounds would be added to the minimum weight of all V-Twins.

I’ve spent a lot of time on the phone today and have lots of commentary to comb through, so we’re looking at a multi-part story here. Until the next part, check the exhaustive discussion amongst PSM pros found in the Eatmyink Facebook Group