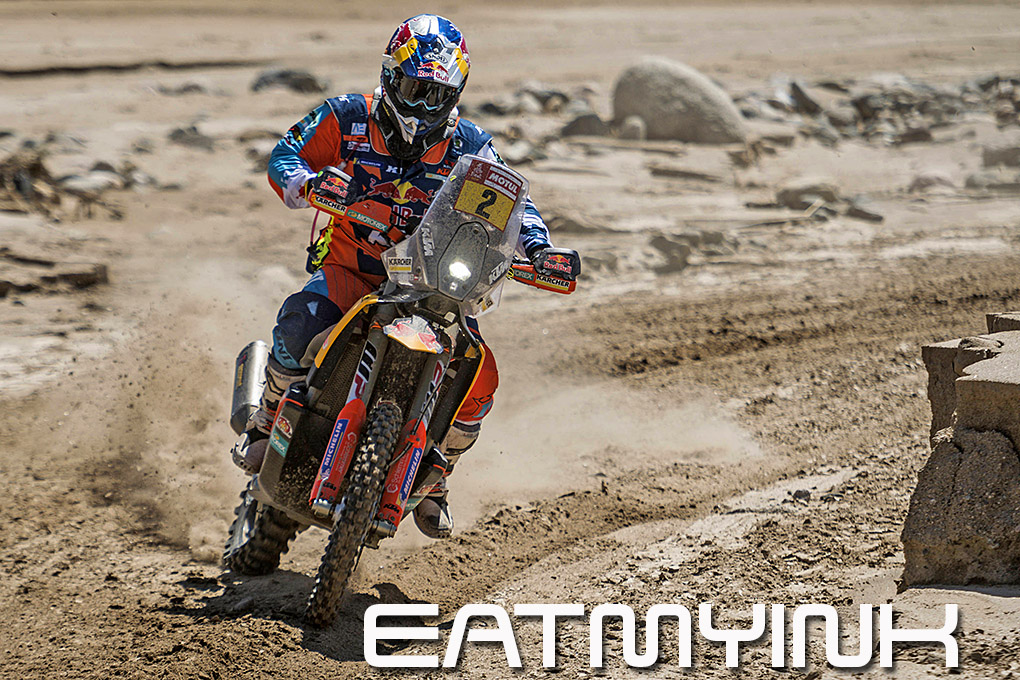 The 2019 Dakar Rally roars into life on the January 6 starting ramp with teams taking on 10 stages and just shy of 5,000km on some of the world’s most hostile (well, not terrorist hostile, at least) beaches, dunes and tracks in Peru.

The 41st edition of the rally raid race sees competitors in the car, bike, truck, quad and UTV categories push themselves and their vehicles to the limit in only one country for the first time in the event’s history. That doesn’t sound like a good thing, but let’s keep an open mind.

Reigning bike champion Walkner, who faces a tough task against former winners Price and Sunderland, explained: “There is a little bit of added pressure for me but my plan is exactly the same as always – stay safe and do my best at the event. Strategy will be very important as your start position for the day can make a huge difference to the results.”

Defending car champion Sainz, who lines up in a MINI John Cooper Works Buggy this year, revealed: “I haven’t changed the way I prepare after winning last year. You try and adapt to the car and its characteristics. The Dakar challenges you in every way both physically and mentally. It taxes all your strength and that of your team, so victory brings maximum satisfaction.”

Frenchman Loeb, who returns for his fourth attempt as a Red Bull privateer in a Peugeot 3008DKR of which he has recently tested, added: “To take part with my co-driver Daniel Elena is a fantastic challenge. Several teams will have a shot at winning and I hope we are one of them. I like the dunes. I haven’t forgotten everything I’ve learned these past three years and I’m still hungry for success!”

Last year’s truck winner Eduard Nikolaev knows the 5,000km over 10 days will be a gruelling affair when he said: “We know that our rivals will be fighting for place on the podium. Iveco, Renault, Tatra and others are very strong opponents that we’ve got to know very well over the years. We’ve had a very intensive year. Preparing the trucks, racing and testing as well as physical training. Now we go to Peru for a serious exam.”

Competitors in the car and truck classes who retire from the first week will be able to rejoin the action in the second week, however they will have their own classification so that the starting order is not confused.

Eatmyink will keep you posted here on the site and in the Facebook group.