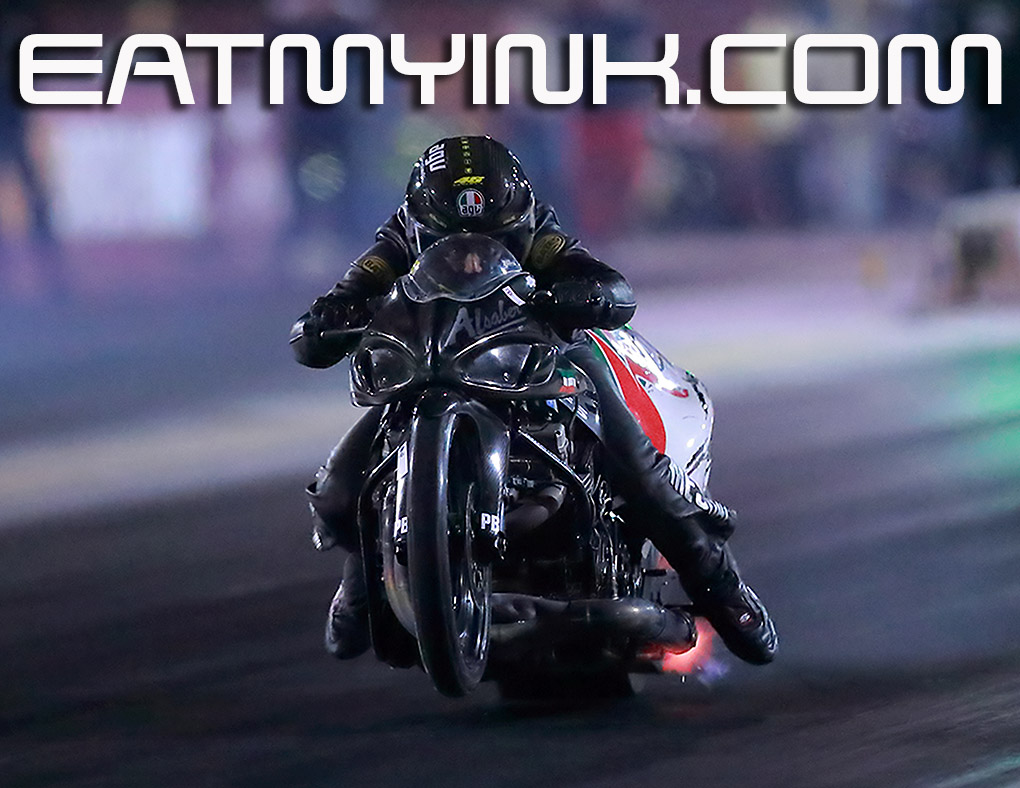 Q80’s Meshal al-Saber kept his eyes on the finishline and tuner Brad McCoy kept the pipe lit as they beat Drag965’s Mohammed Bourashid in the Pro Extreme Motorcycle final of Round 1 of the Arabian Drag Racing League’s 2019 season at the Qatar Race Club in Doha. Bourashid’s bike blew the tire off at the starting line while al-Saber raced away to a 4.07.

Meshal’s bike only arrived at the track Friday morning, just in time to make his one and only qualifier. “We didn’t decide to race Qatar till the week of the race,” said McCoy, who’s based in North Carolina. “I landed in Qatar on Thursday night and picked the bike up at the airport on Friday morning and went to the race with only one qualifying run left!”

Check out this beautiful stop-action video by Khalid Saif AL-Mesalam: