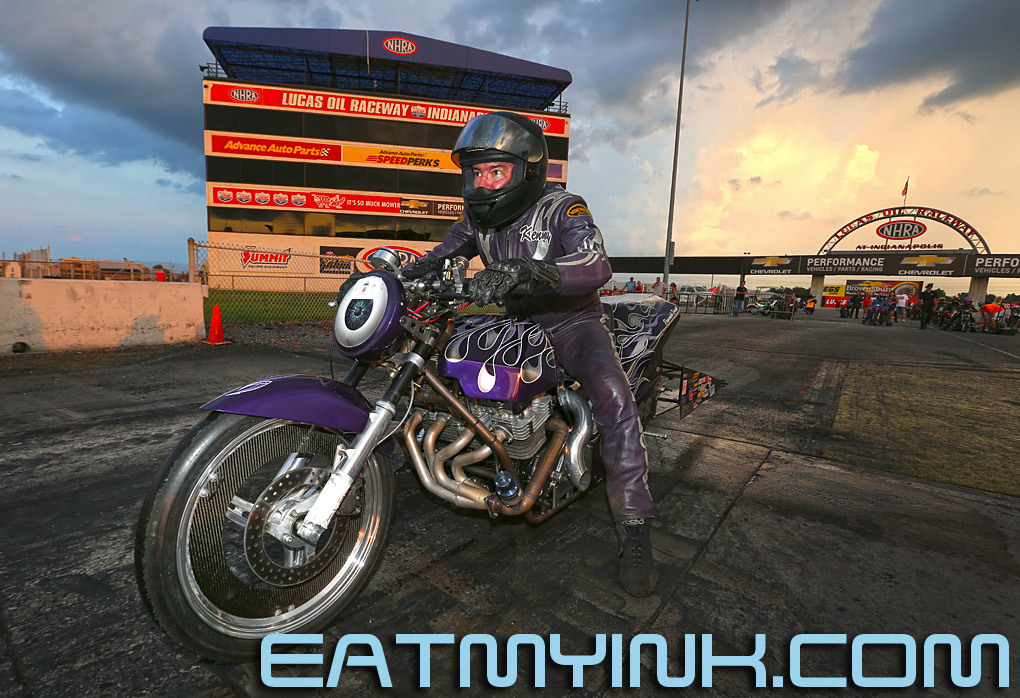 NHDRO is paying $4000 to win—sure to draw every ambitious 8.20 index racer east of the Mississippi and then some.

REALLY Big Money is available in Performance Racing Products Grudge if the bikes show up to race for it. 32 bikes with a $500 entry fee will run for 25 large. Any smaller field will see 100% payout PLUS whatever NHDRO determines to pay based on how many bikes are in. But you can’t win if you aren’t there. Keith Dennis will be there, shouldn’t you be too?

Pro Open champion Chris Cutsinger is tied with Ohio winner Perry Paugh. Ron Maddox, Brad Messer and more will be putting up a fight—maybe even long-lost Scott Proctor will show his race face as well.

With two races to go, it’s time to make a move in the standings!

Brian and Niki Welch thank Glenn Grayson and Performance Racing Products for their support and look forward to welcoming everybody back to Indy for NHDRO’s Showdown in Naptown.