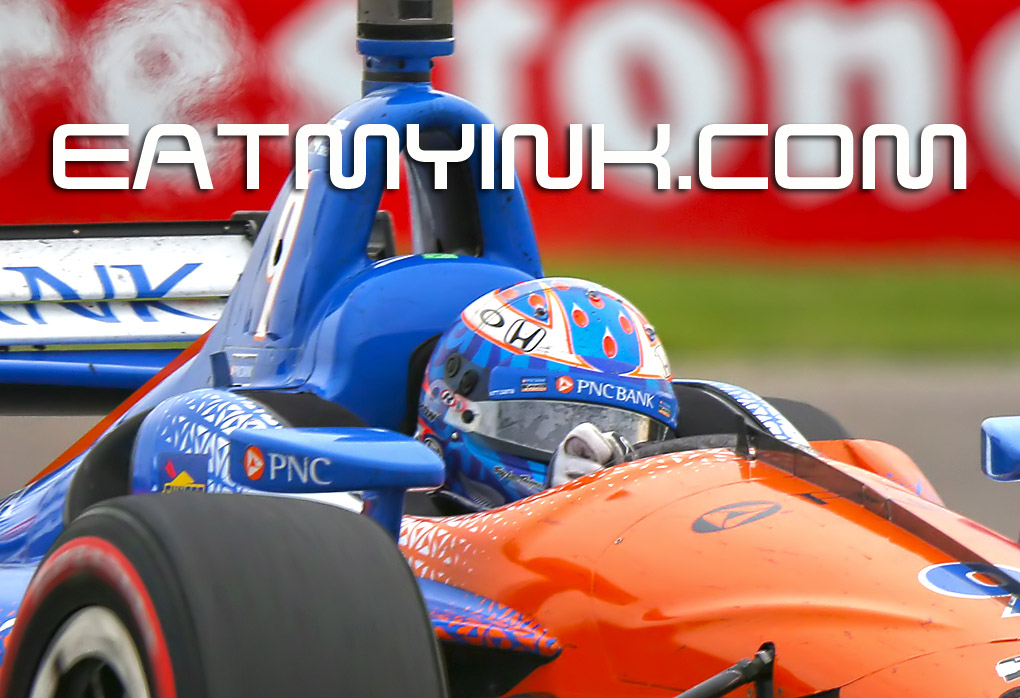 Ryan Hunter-Reay knew what he had to do to win the INDYCAR Grand Prix of Sonoma. Scott Dixon knew what was needed to wrap up a fifth Verizon IndyCar Series championship. Mission accomplished on both fronts.

Hunter-Reay led 80 of 85 laps at Sonoma Raceway in a commanding performance to win the 2018 season finale from the pole position. Dixon started second and finished there, which was more than enough to secure the season crown.

“Man, this is so awesome!” said Dixon, whose five championships leave him behind only another legend, A.J. Foyt with seven, in Indy car annals. “I can’t believe that it’s actually happened. I can’t thank everybody enough for this, it’s so cool!”

Dixon entered the race with a 29-point lead, knowing he essentially only had to finish ahead of second-place Alexander Rossi in the double-points race. When Rossi damaged the front wing on his car and punctured a tire in first-lap contact with teammate Marco Andretti, it tipped the scales clearly in Dixon’s favor. From there, the driver of the No. 9 PNC Bank Chip Ganassi Racing Honda was content to trail Hunter-Reay and bring home the crown that earned Dixon another Astor Cup and $1 million prize.

“The whole race I was thinking about things that were out of our control, cautions that were going to flip the field,” said Dixon, whose 44 race wins rank third in Indy car history. “None of that happened.

“It was a very smooth race, but mentally it was tough and draining. Yeah, it’s amazing to be in this situation, fifth championship. What this team has achieved, I’m a very small piece in that whole wheelhouse of what’s going on at Chip Ganassi Racing. I feel very lucky to work with the people that I do.”

With the achievement, Dixon moved ahead of Mario Andretti, Sebastien Bourdais and Dario Franchitti – each of whom has four titles. All of Dixon’s championships have come in his 17 seasons with Chip Ganassi Racing, which laid claim to its 12th Indy car driver’s title.

“He’s the guy on the track, off the track,” team owner Chip Ganassi said of Dixon. “If you take a piece of stone, inject some brains into it, chisel it out, it’s Scott Dixon. He’s just the man.

“When you talk about records – A.J., Mario, all these guys – obviously Scott’s name is in that group now.”

Rossi dropped to last place in the 25-car field following the Lap 1 incident. But much like the Andretti Autosport driver did all season, he charged back in the No. 27 NAPA AUTO PARTS Honda to finish seventh. It left the 26-year-old Californian 57 points short of Dixon in the quest for his first series championship.

“It was unfortunate because I thought we got a good start,” Rossi said of the contact with Andretti heading up the hill in Turn 1. “Just two cars going for the same spot type of thing.

“At the end of the day, the (No.) 27 NAPA team did an amazing job of getting us back to a point where we could at least be in contention if something did happen to Scott. I knew it was probably a 1 percent shot at getting anything done at the end of the day. I just tried to attack it, move up as many positions as we could.”

Hunter-Reay commanded the race on the 2.385-mile, 12-turn Sonoma Raceway road course from the outset, surrendering the lead only briefly through pit stop cycles. When the driver of the No. 28 DHL Honda crossed the finish line, he collected the 18th win of an Indy car career that began in 2003. It moved the Andretti Autosport driver into sole possession of 26th place on the all-time Indy car wins list.

“It was nice to go from pole (to) win, lead the most laps, the whole thing,” Hunter-Reay said. “That’s an ideal race. May not be the most exciting thing for the fans at times, but from a race car driver’s point of view, team owner, race team, it’s the ideal race.

“Felt like the race just didn’t want to end,” Hunter-Reay added. “I guess that’s what happens when you spend the whole day out front. Any time I needed the pace to put it down, we leapt out to a lead (and) I was able to maintain that.”

Hunter-Reay won by 2.7573 seconds over Dixon. Will Power finished third in the No. 12 Verizon Team Penske Chevrolet to secure third in the point standings. Hunter-Reay ended up fourth in the championship, with Josef Newgarden fifth following his eighth-place race finish.

Patricio O’Ward, the newly crowned Indy Lights presented by Cooper Tires making his Verizon IndyCar Series debut, was one of eight rookies in the field and finished ninth in the No. 8 Harding Group Chevrolet.

In all, Honda teams and drivers posted 11 victories in 2018, clinching the company’s seventh championship in competition with other manufacturers.  For the second consecutive season, all five Honda teams scored at least one victory in 2018, and multiple race winners in addition to Dixon included Rossi with three wins, and Hunter-Reay with two.  Additional race wins were scored this year by James Hinchcliffe, Sebastien Bourdais and Takuma Sato.

Results Sunday of the Verizon IndyCar Series event INDYCAR Grand Prix of Sonoma on the 2.385-mile Sonoma Raceway, with order of finish, starting position in parentheses, driver, chassis-engine, laps completed and reason out (if any):

The 2019 IndyCar Series season will again consist of 17 races, opening for the ninth straight year with the Firestone Grand Prix of St. Petersburg on March 10. The schedule includes a visit to a new track, Circuit of the Americas in Austin, Texas, on March 24; the season finale at WeatherTech Raceway Laguna Seca near Monterey, California, on Sept. 22; and is anchored by the 103rd Indianapolis 500 on May 26.

story by IndyCar and Honda, photos by Tim Hailey