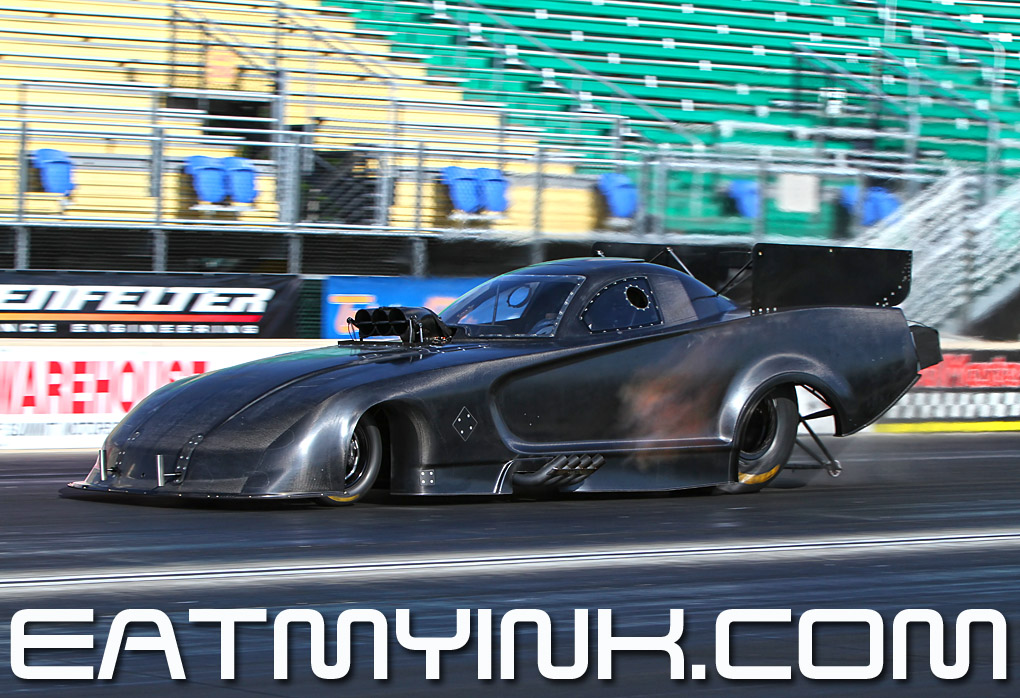 The Monday after the 2018 NHRA national event at Summit Motorsports Park in Norwalk was a test day for many.

One of the most unique things that happened at the test was Matt Hagan testing Mopar’s new Dodge Charger body, which publicly debuted this weekend. The carbon fiber body features a pronounced splitter at the front and deeper Charger “dimples” on the sides.

Check out Hagan’s new Batman Charger and bike tests in this video:

Cory Reed, Ken “Big” Johnson and the Liberty Racing team were trying to solve his Gen2 S&S powered Buell’s issues. “I own every clutch ever made for a motorcycle,” said Cory, who noted that his teammate Angelle Sampey’s bike has (for now at least) a different clutch than his. Reed also said that although his team’s engines make plenty of power, the powerband is narrow and they’re still trying to figure out how to keep them in that range, making a lot of gearing changes.

Reed’s testing improved slightly over his Norwalk weekend performance, but his one-and-done performance at Denver showed the team is still not where they need to be.

Joey Gladstone and Scotty Pollacheck also tested, running similar times as they did over the weekend.