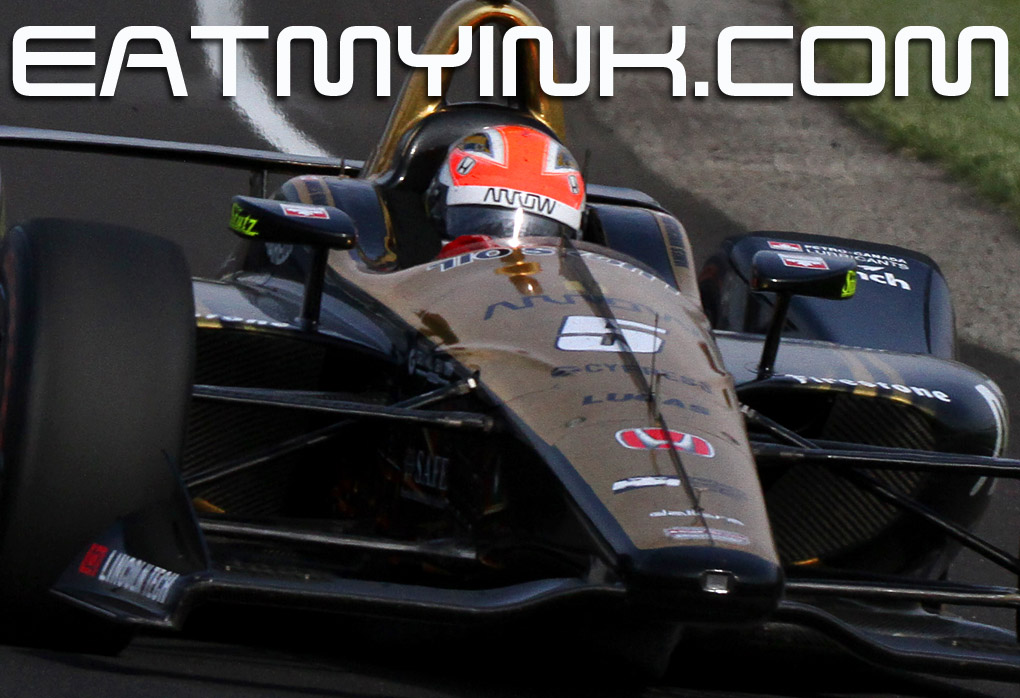 James Hinchcliffe has been seeking a reboot to his Verizon IndyCar Series season after not qualifying for the Indianapolis 500 in May. He found redemption with a victory Sunday at the Iowa Corn 300. The Schmidt Peterson Motorsports driver led the final 45 laps on Iowa Speedway’s high-banked oval to collect his sixth career victory and first since Long Beach in April 2017, 26 races ago.

“This is such a good feeling after what happened in May,” Hinchcliffe admitted. “We knew we had it in us and to come here and do it like that. We didn’t qualify the best, but we had a good car. The first stint was great, the second stint we made a change and went a little too far. Went too far the other way on the next stop. After that last stop, the thing was a rocket ship.”

Starting 11th in the No. 5 Arrow Electronics SPM Honda, Hinchcliffe stormed into the top five by Lap 18 of 300 on the 0.894-mile oval and stayed there the rest of the race.

The final yellow flag waved on Lap 294, when Ed Carpenter spun in the No. 20 Ed Carpenter Racing Fuzzy’s Vodka Chevrolet and made light contact with Sato in the No. 30 Mi-Jack/Panasonic Honda. Both cars continued, but the caution flag waved so safety workers could clean debris from the track.

The race ended under that caution, with Hinchcliffe crossing the finish line ahead of Ed Carpenter Racing’s Spencer Pigot, who placed a career-best second. “What a race,” said Pigot. “Right from the get-go, we had a good car based on how we were getting through traffic. As the stint went on I thought we just got stronger and stronger. To find our way up near the front there was a little unexpected to start the day, but I’m really proud of everyone at Ed Carpenter Racing Fuzzy’s Vodka Chevrolet – I mean they gave me a great car. What a tough race. It was really physical out there. It was hot and a lot of hard racing, so many close moments, but so much fun racing here in Iowa.

“We didn’t have a great day yesterday, but everyone kept their heads down and kept pushing and we’re on the podium. I’m very excited and very proud of everyone here at the team. My first podium in INDYCAR, hopefully, the first of many.”

Takuma Sato of Rahal Letterman Lanigan Racing finished third, his best result since winning the 2017 Indianapolis 500. “I had great fun,” said Sato. “The Mi-Jack / Panasonic Honda was super-fast. The team did a great job. We weren’t that good in the first practice after skipping the test here last week but we came back strong. The strength in engineering is unbelievable.

“We lost some positions after the last stint but we came back strong.”

Sato addressed his contact with Carpenter at the end of the race. “He was obviously sliding and I was already inside him. I didn’t see it much. Suddenly he was coming inside and clipped me at the back of the car. It caught me by surprise and I obviously saved him (from crashing). Had we gone back to green for the last few laps, my car was fine. There was a mark on it but I would have gone for it for another place maybe.

“My car was really fast today. I want to thank Bobby (Rahal), Mike (Lanigan) and Dave (Letterman). A lot of people struggled today but we had a good car.”

Anticipating a late restart, Newgarden and fellow lead-lap driver Robert Wickens – running second and third at the time, respectively – made pit stops for fresh tires on Lap 297. The track clean-up and reordering of the field could not be completed in time for a restart, however, relegating Newgarden to finish in fourth place and Wickens in fifth.

“This is Indy car racing,” said Newgarden, driver of the No. 1 Hitachi Team Penske Chevrolet who posted his fifth consecutive top-six finish at Iowa. “You have to expect the unexpected.

“For the first half of the race, we had the car to beat, and it just fell away from us. Sometimes you can’t predict exactly what you’re going to need at the end of these things.”

Wickens, the breakout rookie teammate of Hinchcliffe at Schmidt Peterson Motorsports, earned his fifth top-five finish of the season but longed for more.

“In the end, it’s a great day for Honda, great day for Schmidt Peterson Motorsports,” the driver of the No. 6 Lucas Oil SPM Honda said. “Two cars in the top five. It should have been a double podium and there would have been nothing sweeter than to celebrate Hinch’s win than being on the podium with him.”

Championship leader Scott Dixon, who finished 12th and four laps off the pace, saw his points lead shrink to 33 points over Newgarden after 11 of 17 races. Alexander Rossi of Andretti Autosport finished ninth in the race and is third in the standings, 41 points behind Dixon.

“We kind of got stuck behind Rossi on the first stint and his pace kind of backed us up,” Dixon said, adding that a mistake on a late pit stop put the front tires on his No. 9 PNC Bank Chip Ganassi Racing Honda incorrectly.”That’s racing and it’s no one’s fault. The big problem for us was the tire issue toward the end, having the fronts on backward. That really put us in the hole and we should have finished better than we did.”

“Today was difficult,” said Rossi. “From the beginning, it seemed like we didn’t have the car that we had yesterday. I was really fighting it and we made some improvements throughout the race and the NAPA team stuck in there, so big credit to them. Our car was just too far out of the window to start with to be super competitive. I guess the one positive is some guys had a worse day then we did. So, we just have to take what we can get on days like this and look forward to Toronto.”

“Going into Toronto like this,” Hinchcliffe said with a smile, “it really feels good.”

Results Sunday of the Iowa Corn 300 Verizon IndyCar Series event on the 0.894-mile Iowa Speedway, with order of finish, starting position in parentheses, driver, chassis-engine, laps completed and reason out (if any):