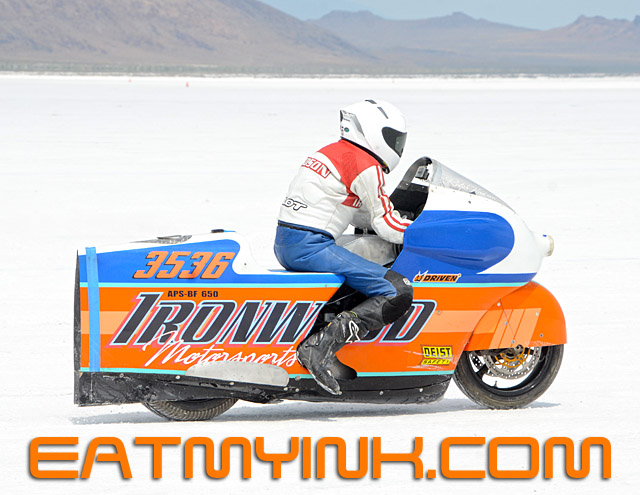 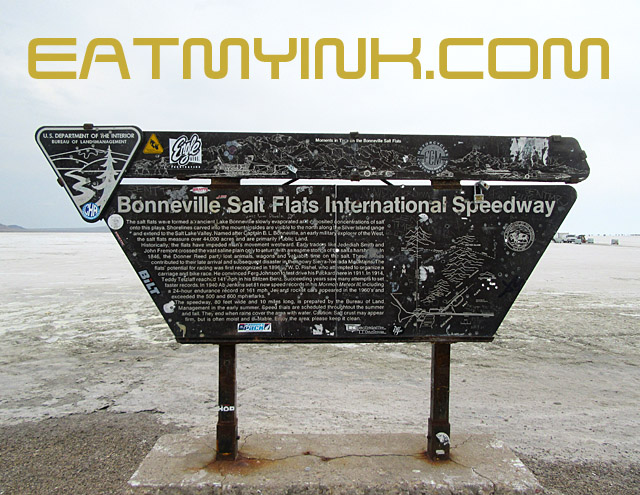 It was in the mid 1960s when the BBC news reported a new world land speed record was set. I was watching the TV with my dad and watched a jet car blast across the Bonneville Salt Flats. It was amazing and I said to my dad I would like to go their one day and watch these vehicles.

Well this year I made my mind up to do some of my bucket list projects and go to the Salt Flats. Recent years the weather has stopped the event, so my wife Julie and I followed the weather from March till June and then we booked the flight.

We planned two days and when we approached from Wendover it was an awesome sight looking through the windscreen of the car.  We knew Dave Branch, Stephen French and Baz Rathbone were there and sure enough we spotted the Union Jack flying high. Also there were the Diamond Mob, Chris Ireland, James McGregor and Martin Wilmott.

We arrived Sunday and were told the Diamond Mob with Chris Hawkshaw riding had set a new record, despite the oil pipe coming off on the second run.

Julie went and did the coverage of the short course and I did the long course. Stephen French and Chris Ireland also set new records a day after we left.

If you haven’t been to Speedweek, the pits are about 3 miles long. There are various bikes, cars and streamliners, even a truck.

On Monday, the SCTA had to move the start line a mile—making the long course 8 miles instead of nine—because the start area was breaking up due to the push vehicles trying to get grip.

The salt is getting thinner. I met a racer who had been going to Bonneville since 1949 when you had to drill three foot into the salt to secure equipment, now it’s three inches in some places. So if you are thinking of going to Bonneville, I would go sooner that later.

story and photos by Steven and Julie Moxley