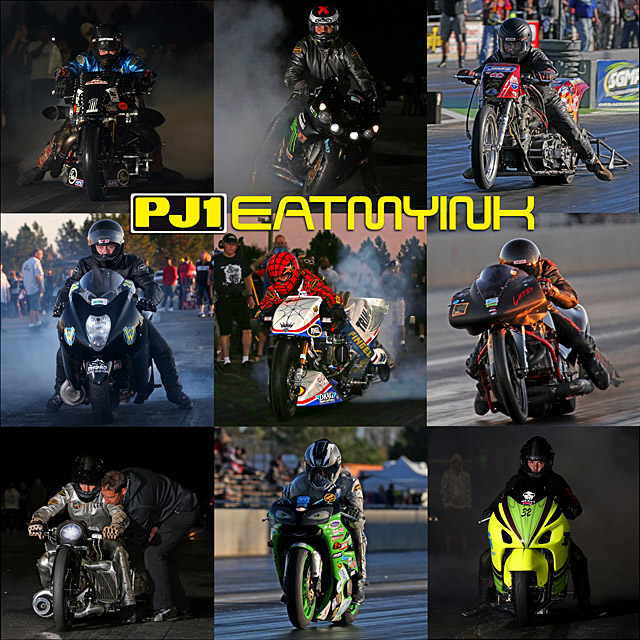 Simply put, it was the best motorcycle drag race of all time—so far at least. It was a lightning strike of achievement and atmosphere, with all the right players on all the right machines at the right time in the right place to conjure pure magic.

It’s been nearly twenty years since a large group of riders from Europe competed in an event in the USA, at an AMA/Prostar race in Gainesville. This time they came from Denmark, Finland, Sweden, UK, and also from Japan—bringing their bikes to compete with the best from the USA at South Georgia Motorsports Park near Valdosta. Legendary parts maker Pingel, drywall bead experts Trim-Tex, racing patron Dave Dunigan, and the Man Cup were all instrumental in donating and arranging financing to facilitate transportation.

The weather was in the high seventies leading up to race day when it dropped ten degrees and added a bit of a head wind.

And it wasn’t just the on-track action that made this event so special. The assembled group of retired and active talent roaming the pits jacked up the world class feeling in Valdosta—guys like Top Fuel ace Ron Webb, seldom-seen AHDRA badasses Johnny Mancuso, Mike Lehman and Cliff Dwy, former Redline Oil brothers Tim and Kelly Kerrigan, and more.

This was the weekend that all other races will be compared to for the next 20 years—until the next greatest race of all times goes down.

Here’s our coverage, class by class: