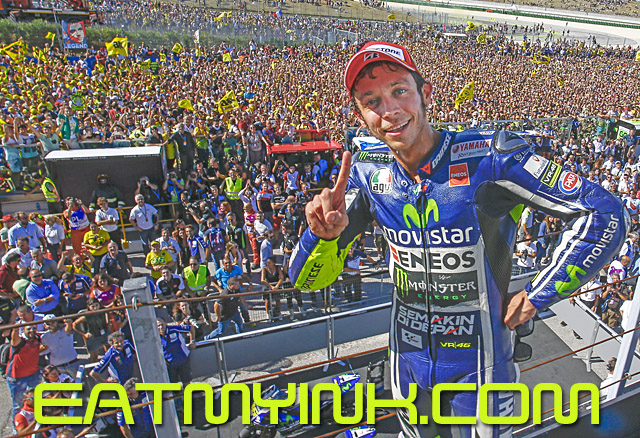 The home crowd went wild at Misano on Sunday as Valentino Rossi took his first victory since Assen last year, with Jorge Lorenzo and Dani Pedrosa also on the podium, whilst Marc Marquez finished 15th after a crash.

Nine time World Champion Rossi (Movistar Yamaha MotoGP) took the lead in the early laps after getting in front of pole man Lorenzo and then asserting his authority in an early battle with Marquez. On the 10th lap Marquez went down at Rio corner when in second place and whilst he restarted his RC213V he could not achieve more than a solitary point.

Rossi kept the hammer down at the front to eventually win by 1.578s and reach the milestone of 5000 Grand Prix points in style. It is the 107th victory of Rossi’s remarkable career. 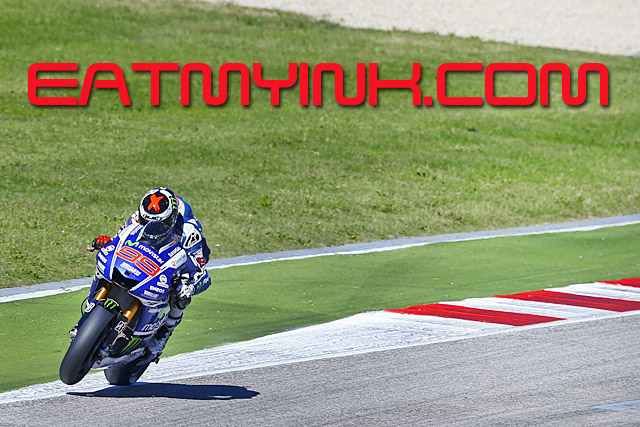 Lorenzo rode with determination to take another podium result and finished in second place for the fourth successive race.

Coming from fifth on the grid, Pedrosa (Repsol Honda Team) took his ninth podium finish of the season in third place, crossing the line 1.234s ahead of the hard working Andrea Dovizioso (Ducati Team). It was another good ride for Dovizioso in front of the home crowd as he got the Ducati across the finish line 5.5s behind winner Rossi. Likewise, Andrea Iannone (Pramac Racing) impressed in fifth place with another solid result.

Mike Di Meglio (Avintia Racing) was an early crasher, as was Danilo Petrucci (Octo IodaRacing Team). Di Meglio suffered a displaced fracture of fourth and fifthth metacarpus of his left hand and will require surgery. Stefan Bradl (LCR Honda MotoGP) also fell out of the top ten. Aleix Espargaro (NGM Forward Racing) crashed on the final lap. All the riders other than Di Meglio were uninjured. 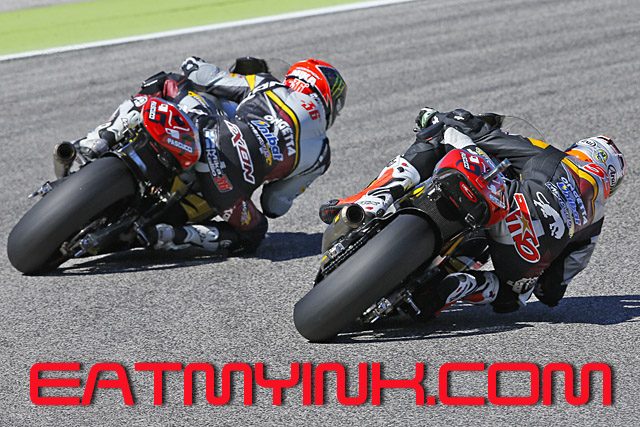 Pole man Kallio made a fantastic start and built up a 1.5s lead by the second lap but Rabat kept his Marc VDS Racing Team colleague in his sights, the Spaniard biding his time and overtaking the Finn with eight laps to go.

Rabat has now taken seven wins in 2014, three of those triumphs in successive races – and he is in a strong position at the head of the standings with five races remaining. For Kallio this is his ninth podium of the year, meanwhile, with his strong run of six consecutive rostrum results keeping him still within touching distance of Rabat.

Jonas Folger (AGR Team) was given a ride through penalty for failing to drop one position after exceeding track limits, finishing 19th after running in seventh position.

Miroslav Popov (Montaze Broz Racing Team) had an early off, but was able to rejoin until he suffered a second crash several laps later. Azlan Shah (Idemitsu Honda Team Asia) also crashed and rejoined for 32nd place. Ricky Cardus (Tech 3) and Riccardo Russo (Tasca Racing Moto2) both crashed and could not rejoin. Nico Terol (Mapfre Aspar Team Moto2) was forced to retire with a technical problem on his return to racing. 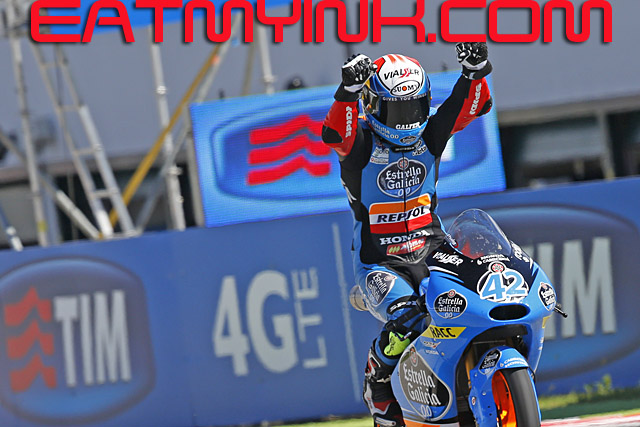 On a day where your last name has to end in an “R” to win, Alex Rins rejoices in Moto 3

Despite requiring a medical check after sustaining heavy contusions on both legs in a Warm Up crash, Rins (Estrella Galicia 0,0) produced an excellent ride to win for the second round in succession and strengthen his title credentials.

Standings leader Miller (Red Bull KTM Ajo) returned to the podium, but saw his championship lead reduced to nine points – to Marquez – with five races to go. The Australian crossed the line just over 3.4s behind race winner Rins. Miller’s advantage over third placed Rins in the table is now 20 points.

EARLIER: First pole of 2014 for lightning-quick Lorenzo at Misano

At a track where he has a phenomenal record – with three wins in his last three visits – Lorenzo (Movistar Yamaha MotoGP) sped around the Misano layout with a 1’33.238 lap time to grab his first pole since Motegi 2013.

Just 0.051s behind Lorenzo, Iannone (Pramac Racing) matched his best ever MotoGP™ qualifying result, despite a fall on Friday which saw him take a heavy ankle knock.

On the other side of the Repsol Honda garage Dani Pedrosa slotted his RC213V into fifth spot on the grid, with a time just 0.058s slower than that of Marquez.

Stefan Bradl (LCR Honda MotoGP) heads row four in tenth following a crash in the session which he escaped unharmed. The German had made it through from Q1 along with Yonny Hernandez (Energy T.I. Pramac Racing) who qualified 11th, just in front of Alvaro Bautista (GO&FUN Honda Gresini).

Trailing him by just 0.067s his teammate and the Moto2™ World Championship leader Rabat made it a Marc VDS Racing Team one-two on the grid for Sunday’s round 13 race.

Sandro Cortese (Dynavolt Intact GP) and Krummenacher both fell in the final minutes of Qualifying, the two riders were unhurt and start 14th and ninth respectively.

Miller (Red Bull KTM Ajo) took a seventh pole of the season with a 1’42.974 lap time which put him just 0.004s ahead of his nearest rival Ajo (Avant Tecno Husqvarna Ajo).

Miller aims to strike back in the title fight this weekend having been off the podium at the last two rounds and the pole position start will give him added confidence ahead of Sunday’s round 13 race.

Behind Miller and Ajo on the front row is Silverstone race winner Rins (Estrella Galicia 0,0), who was just 0.038s adrift of Miller.

Jorge Navarro (Marc VDS) and Efren Vazquez (SAXOPRINT-RTG) both crashed in the final ten minutes of Qualifying, but were able to rejoin. Alex Marquez (Estrella Galicia 0,0) and Niccolo Antonelli (Junior Team GO&FUN Moto3) also crashed and were unable to improve their times.

Antonelli was seventh, ahead of Isaac Viñales (Calvo Team) and Vazquez on the third row, whilst Brad Binder (Ambrogio Racing) completed the top ten.

Things did not go to plan for the likes of Romano Fenati (SKY Racing Team VR46) and Enea Bastianini (Junior Team Go&FUN Moto3), who will start their home race 11th and 17th respectively. 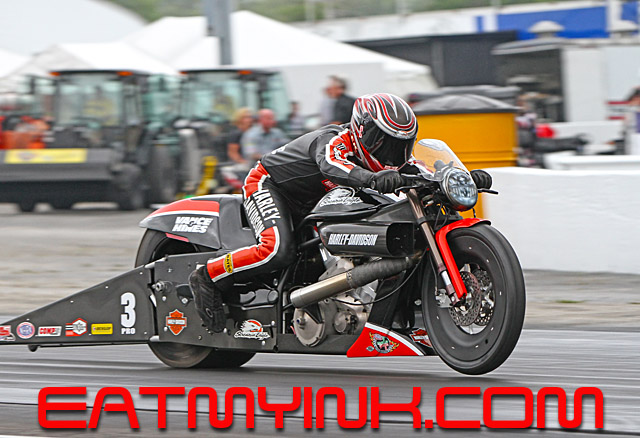